When asked about the new Bison Run community, Janice shared, “I think it’s super exciting. Great for the residents and great for the people!”

Servicing for Phase 1 of the project has been completed, and that phase will include a mix of custom and premium front drive lots, wetland walkouts, amenity lots backing onto a trail system, laned lots, duplex lots, and multi-family buildings, including townhomes and apartments. 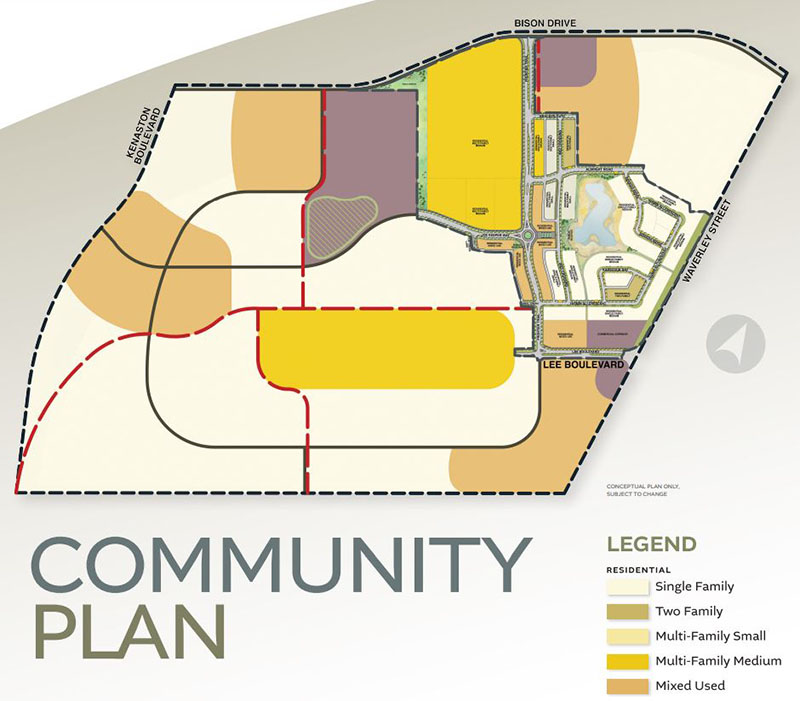 There will also be some commercial development in Phase 1, as well as a school site, with construction well underway on that portion of the project.

With work already moving steadily ahead in Phases 1 and 2 of Bison Run, it won’t be long before the community starts to see its first residents, according to Katie Doerksen, Marketing and Community Relations Manager, Qualico Communities Winnipeg.

“The first showhomes in the community will begin opening this winter,” she said, “with all nine being open for the Spring Parade of Homes in February. We could see people moving into the community as early as summer 2023.” 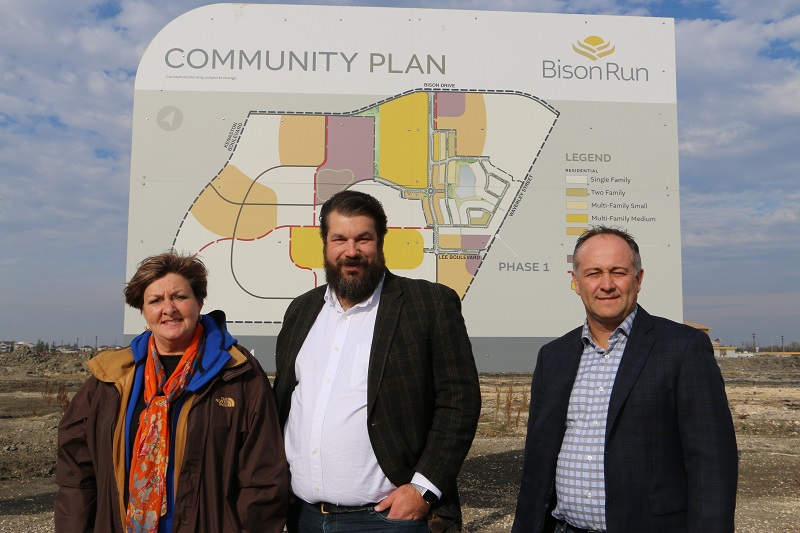 With a mix of premium and custom home builders, the Bison Run community will include modern takes on eight distinct architectural styles, including prairie, farmhouse, contemporary, craftsman, mid-century modern, French country, Scandinavian, and ranch. Qualico Communities Winnipeg selected the styles to help contribute to the community’s overall character. StreetSide Developments Winnipeg will be constructing some of the multi-family homes in the community.

Phase 2 includes approximately 77 acres of land, most of which will be developed into residential. Like the first phase, Phase 2 will have a mix of housing types, as well as commercial amenities.

Katie noted that servicing for Phase 2 could be completed as early as Fall 2023.

Once completely developed, the 435-acre community will include 21 acres of retention ponds, public spaces, and sites for the new South Winnipeg Recreation Campus and fire station. New roads will be constructed, including the first phase of the Bison Run extension to service Phase 2 of the development and the new recreation campus and fire station.

Residents of Bison Run will have access to an abundance of nearby shops and services, the University of Manitoba, IG Field and Athletic Centre, as well as major transportation routes like Kenaston Boulevard, Waverley Street, and Bishop Grandin Boulevard.

There are still lots in Phase 1 set to be released in the near future, and interested potential buyers are encouraged to contact one of the community’s builders to be placed on a waitlist to discuss their future dream home.