Churchill, MB – The Polar Bears International House officially opened on November 3, 2019, thanks to the generous support of Qualico and other donors.

The facility is a cutting-edge interpretive centre located in Churchill, Manitoba that will help educate visitors about polar bears and the Arctic sea ice the animals depend on.

Qualico pledged $100,000 between 2018 and 2019. With the support of donors like Qualico, the building was pre-constructed in Winnipeg and shipped to Churchill (despite challenges posed by lack of train access), where it now stands along the town’s main street. 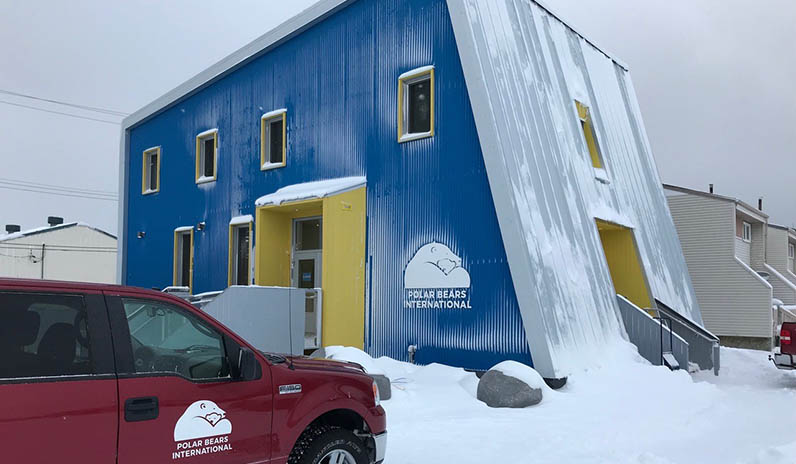 Polar Bears International (PBI), a non-profit dedicated to conserving polar bears and their sea ice home, created the centre with the help of Blouin-Orzes, a Montreal-based architecture firm. Using energy-efficient construction to withstand Churchill’s Arctic weather, the entire building has R56 wall insulation and R60 roof insulation, which will help reduce the expensive costs of heating. As well, the building is on tele-posts to deal with any issues caused by the melting permafrost. The building provides an important demonstration of how to build better in areas with severe weather.

The main floor of the building is an interpretive centre that is open to the public and has been set up for presentations about polar bears and the environment. The second floor will house visiting scientists and researchers, and has a general meeting area for working and conversing.

In its first several weeks of being open, the centre had already welcomed more than 1,500 people from the region and beyond, including PBI ambassador and model/actress Kate Upton.

The centre will serve as an important resource for citizens and researchers alike who are interested in learning more about polar bear and sea ice conservation. 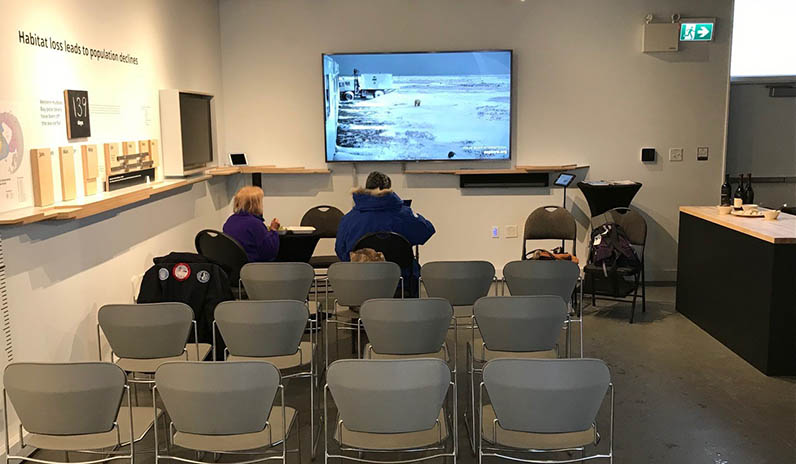 A look inside the Polar Bear International House's Learning Centre

It’s now well known that the warming effects of climate change are adversely affecting sea ice in the Arctic.

In particular, the oldest and thickest sea ice has been declining (95 per cent has been lost already), which is problematic, as it’s necessary to help keep the Arctic temperatures cold enough, even in summer. Younger, thinner sea ice tends to ebb and flow with the seasons, and doesn’t offer the permanence of older sea ice.

Since polar bears’ life cycles are almost completely dependent on sea ice, this has put them in a precarious situation. The loss of sea ice forces polar bears to swim farther to find their main prey (seals), or spend more time ashore, where food is very scarce. Increased contact between humans and polar bears on land has been a result.

The lack of sea ice can also create a ripple effect, putting the entire Arctic ecosystem at risk, including algae, Arctic cod, seals, walruses, and other creatures.

The new Polar Bear International House will be an important hub for research and conservation work dedicated to preserving this fragile ecosystem, and ensuring that polar bears are around for generations to come.