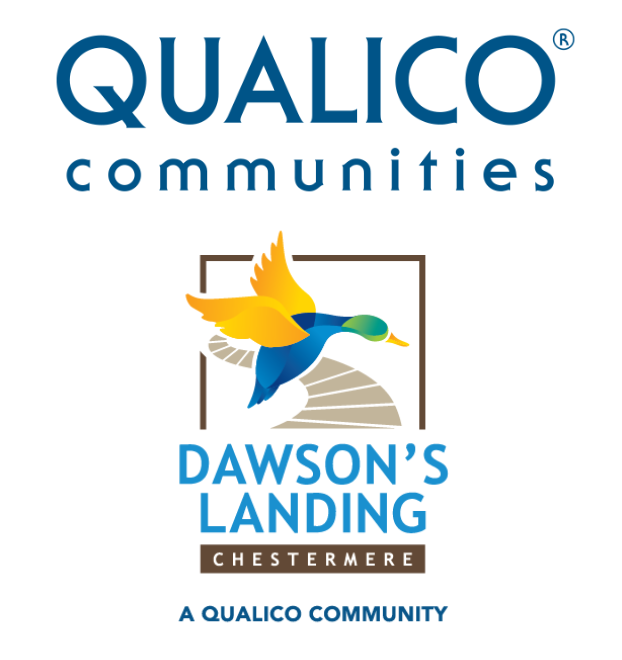 Calgary, AB – Building on the success of its first two phases, Qualico Communities Calgary began construction on Phase 3 of its Dawson’s Landing community in Chestermere this spring. Development of the new phase comes as the first two are nearly sold out, with more than 200 home possessions completed so far.

The new phase will include a brand-new showhome parade opening at the end of October, the first since the beginning of the pandemic. This will be a significant event since the first showhomes in Dawson’s Landing opened in 2020 at the start of the pandemic when in-person events were not possible.

The showhome opening event will also likely be a big draw because of the community’s highly desirable location that offers a balance between natural surroundings and proximity to Calgary and its many home product options and amenities.

Demand for purchasing a home in Dawson’s Landing is noticeably high, with townhomes in Phase 3 already completely sold out. 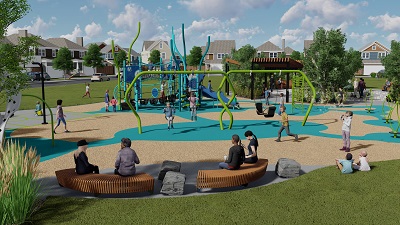 Some outdoor amenities had already been added as part of the first two phases of Dawson’s Landing, with additional outdoor amenities to come in Phase 3, according to Nina Wulder, Communications & Marketing Coordinator, Qualico Communities Calgary.

“In Phase 1 and 2, we opened our first outdoor amenities, including pathways and a gathering space for residents, which opened last fall,” she said. “In Phase 3, we’ll add the first park with playground equipment, which will be installed next spring. Getting the first playground in the community will be a big deal, as there are so many families with children already living in the community.”

As part of Phase 3, the second of two Stormwater KidneyTM ponds in the community is also being constructed, with Dawson’s Landing being the first residential community in the world to implement this technology. 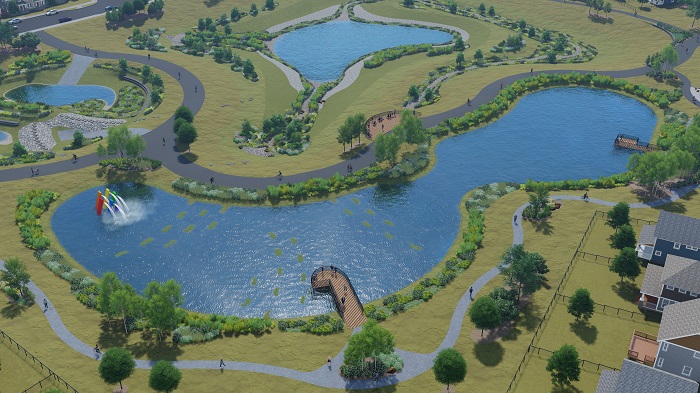 Managing Chestermere’s water supply for the lake and irrigation makes developing a second Stormwater KidneyTM pond in Dawson’s Landing beneficial. The system cleans stormwater by circulating the water through spaces with a diverse ecosystem of plants and aquatic creatures so that nutrients contained in the stormwater nourish the living organisms and the water is naturally treated.

The Stormwater Kidney™ system is resilient to droughts and floods, while creating much-needed biodiversity and bird habitat within the community. Part of the system, called the Nautilus Pond®, takes up a small part of the stormwater management facility footprint, but removes all the problematic sediment from stormwater. This allows the remaining sensitive spaces in the system can thrive without fear of being smothered by sediment.

Including the Stormwater Kidney™ system in Dawson’s Landing demonstrates Qualico Communities Calgary’s deep commitment to sustainable stormwater management infrastructure that will also provide beautiful and engaging natural spaces for residents to explore.A future phase will introduce another outdoor amenity for the community – an eco-park made up of 30 acres of protected green space, where residents will be able to connect with nature and view local wildlife. The eco-park will offer trails, gathering spaces, educational signage, and wetlands. 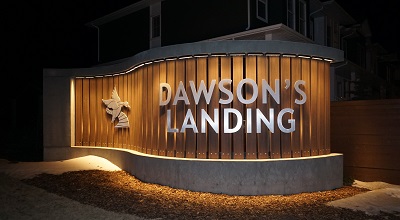 In the years to come, Dawson’s Landing will also see two school sites added to the community, once approved by the province.

Phase 3 is scheduled to be completed this year with the park space completed in the spring of next year.  The team has also begun the development of Phase 4. Dawson’s Landing will consist of seven phases by the time the community is completed, with approximately 1,200 homes.