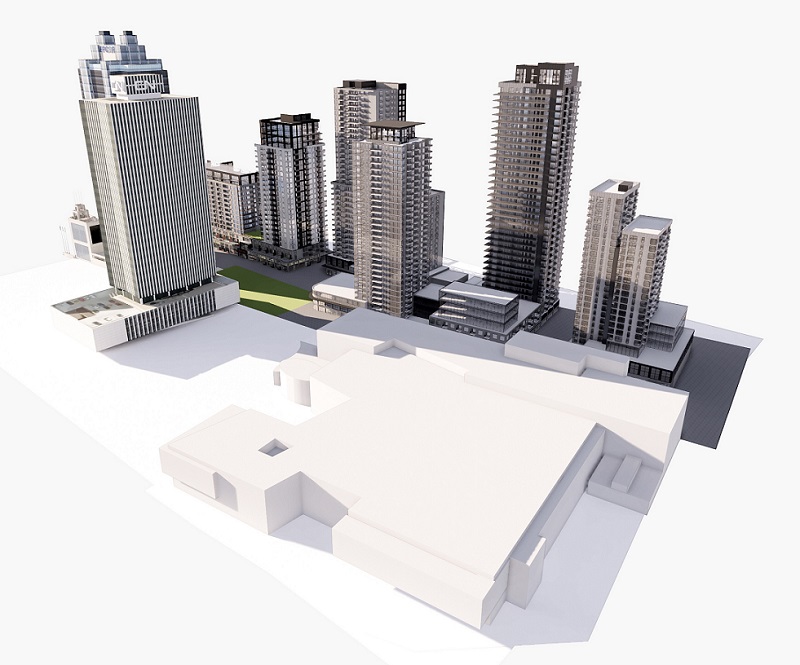 The project, a joint venture between Qualico Properties and LEDCOR, presented a golden opportunity to convert an under-utilized area of downtown into a dynamic and lively mixed-use community space that pays homage to its historic roots. 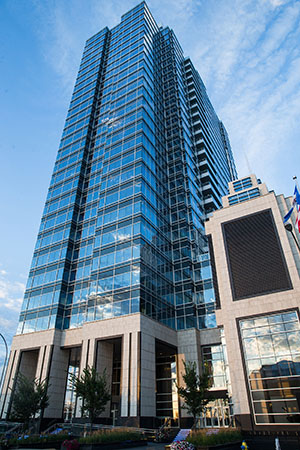 The first phase of Station Lands began in 2011, when Qualico and its partners built the LEED-gold certified EPCOR Tower, which at the time of construction, was the first major AA office tower built in downtown Edmonton since the 1980s.

Integrating advanced sustainable design features, EPCOR Tower is a model of environmental sustainability, setting a strong design precedent for the rest of the Station Lands development.

Mike Saunders, Senior Vice President, Qualico Properties, says that in addition to creating a seamless connection to the Ice District, areas like Chinatown and the nearby arts precinct will benefit from increased foot traffic.

“The connectivity incorporated into the design stitches all of these adjacent communities together,” said Mike. “Our hope is that we can further catalyze the area in a way that allows all of downtown Edmonton to prosper. We’re excited about how this will generate density downtown, with an additional 5,000 residents and workers expected to live and work in the area.”

Leading a multidisciplinary design team of architects, engineers, urban planners, and other specialists, Qualico navigated the complex civic design planning process with input from a variety of stakeholders including representatives of Chinatown, various Edmonton arts groups, the Civic Precinct, and the City of Edmonton.

Years of design consultations informed by Edmonton’s Capital City Downtown Plan led to a market-driven plan that envisions a blend of residential and small-scale retail development, supported by valuable amenities designed to add energy to the area and attract people to the site,/p> 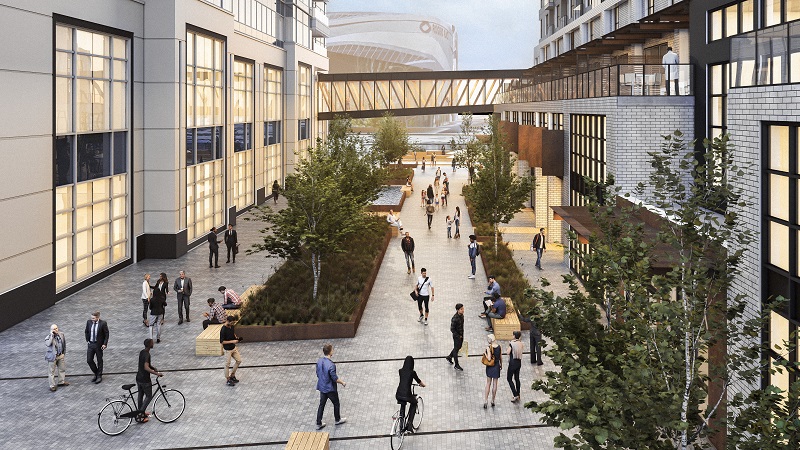 Ulf-Hilmar Hahn, Vice President of Development, Northern Alberta and BC for Qualico Properties, says the key driver for Station Lands is to get more people to live, work and play downtown.

“People like vibrancy. When you experience a city, you want to be where there are other people around, where exciting things are happening,” Ulf said.

In February 2022, construction began on phase two, which will feature two of six planned mixed-use apartment buildings designated for the site. The first two residential buildings will contain more than 600 apartment units, built atop a four-level commercial podium featuring a mix of small businesses, retail, conference, and community spaces. An underground pedway will be built to connect EPCOR Tower and phase two of Station Lands to Edmonton’s Light Rail Transit (LRT) system.

“We sized the units to make them both appealing and affordable for young professionals. The buildings will be pet friendly and loaded with amenities including a dog park, small theatre room, and a patio to meet with friends,” Ulf said. 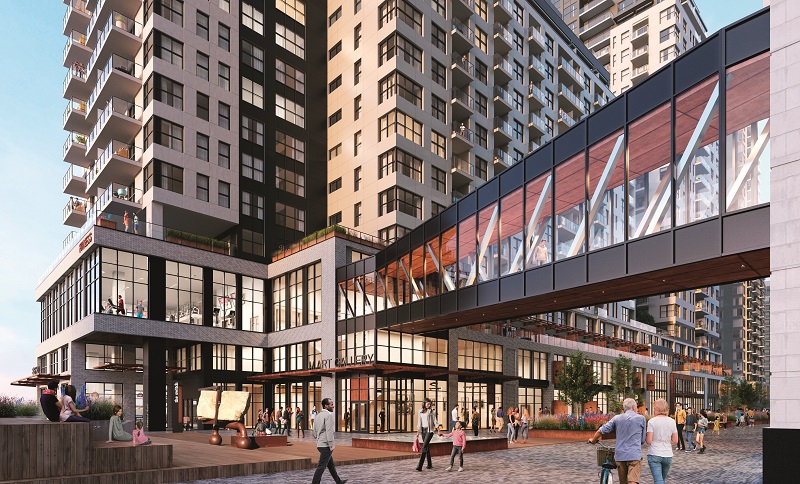 Developments of this size and scope come with unique challenges, including maximizing views of the rest of downtown, connecting to Edmonton’s LRT, the potential to tie into the downtown district energy system, and incorporating rigid accessible design standards. Consultations with key stakeholder groups helped formulate an exciting vision for this key piece of Edmonton’s downtown revitalization, Mike said.

The new mixed-use apartment buildings at Station Lands are set to welcome residents in 2024. The remaining phases of development are tied to market conditions, with Qualico targeting full build-out over a projected 10-15-year timeline.