Calgary & Winnipeg – Some Qualico employees climbed atop their bicycles last month to participate in two cycling events to raise money for Habitat for Humanity, the affordable housing not-for-profit organization.

Ride Through the Rockies, is an annual three-day cycling event through the Rocky Mountains, with highlights including Lake Louise, Moraine Lake, and Banff, to name a few. Established with the help of Star Building Material Calgary in 2014, Qualico Southern Alberta Region became the presenting sponsor of Ride Through The Rockies in 2022. 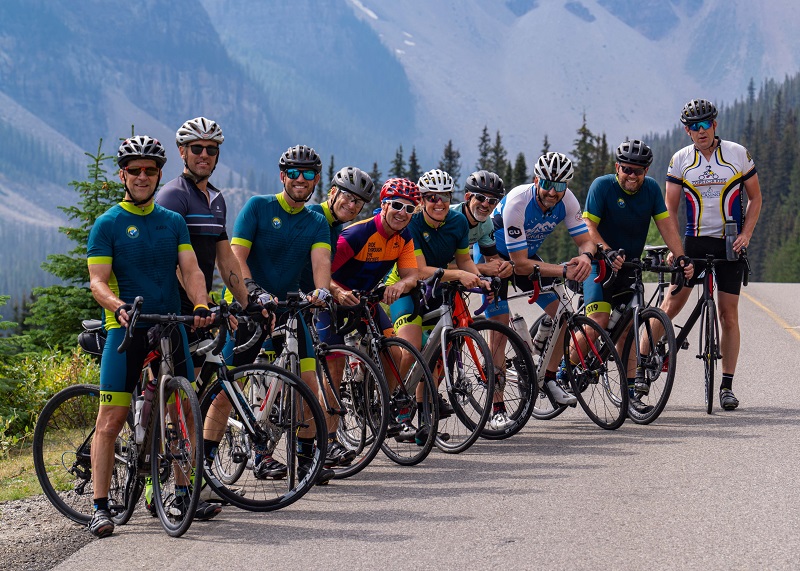 This year marked the ninth Ride Through The Rockies cycling event, bringing the overall total raised in that time to more than $1 million. 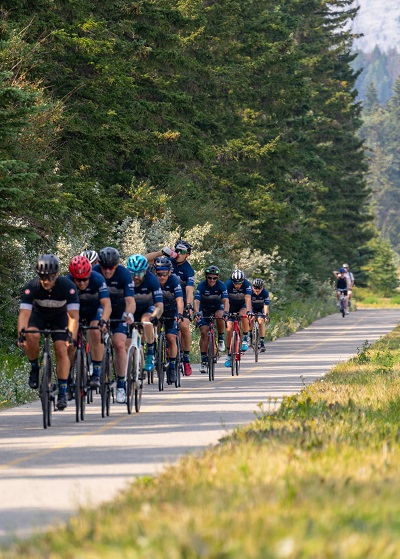 The event grew to 40 riders and raised over $200,000 for Habitat for Humanity’s affordable housing initiatives. The money raised will help fund the upcoming Habitat For Humanity build in Northeast Calgary.

Ride Through The Rockies has been designed in a way that each rider can feel how challenging and fulfilling owning a Habitat For Humanity home can be.

“The RTTR community continues to inspire new and existing riders both on and off the road,” said Ken Crockett, Vice President, Star Building Materials, Calgary. “Challenging some to ride nearly 400kms in three days to some who successfully completed their first ever century ride, RTTR22 welcomes both new and experienced cyclists alike. Being a part of a community whose work contributes to building better cities brings a level of pride to those who participate in Ride Through The Rockies each and every year.”

In Manitoba, 47 riders, including eight from Qualico, participated in Ride Around the Lake. Totalling 350 kilometres of riding over three days, this annual event has raised more than $3.5 million since 2006. This year’s event raised $422,000, a new record and enough to contribute to the construction of two new homes in Manitoba. 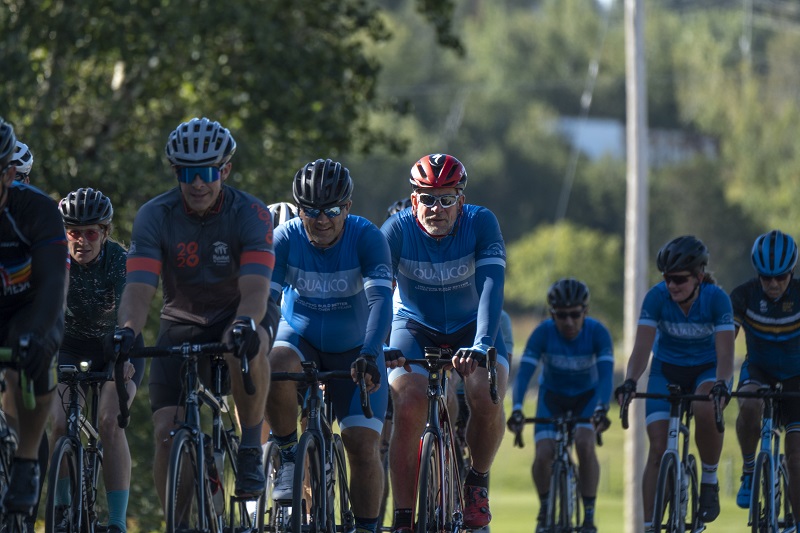 “Qualico has been involved with the Ride Around The Lake event since its inception 16 years ago.  The event has grown beyond that imagined at its inception and continues to build each year, said David Eggerman, Regional Vice President, Qualico, Manitoba and Saskatchewan.

“The commitment of the riders and volunteers and generosity of the sponsors and donors keep setting new boundaries and will allow Habitat to work with two families to provide a home,” he added.

Habitat For Humanity enables individuals to build strength, stability, and independence through affordable homeownership. Qualico is a proud supporter of these annual events to continue helping build better cities.