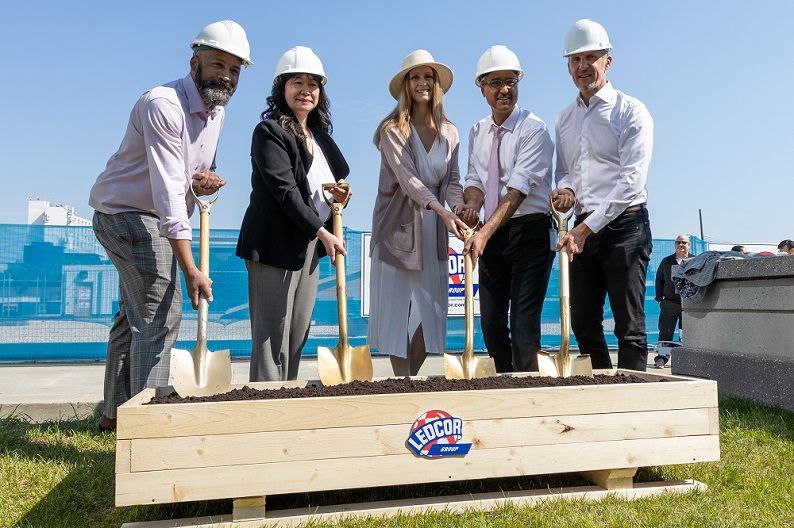 Edmonton, AB – City and community leaders gathered last week to mark the beginning of construction of Station Lands, Edmonton’s first master-planned community in the city’s downtown. The development is expected to attract new businesses and thousands of residents to the downtown core and positively affect Chinatown and the surrounding area.

Qualico Properties, the developer of Station Lands, designed the community to become a transformational space in the heart of Edmonton.

The project’s anticipated opening is in 2024, starting with the expansion of the existing parkade in EPCOR Tower, and the construction of a commercial podium with a mid-rise building housing 285 residential units. The next phase will include a high rise offering an additional 326 units built on the commercial podium. In all, Station Lands will provide over 600 residential units, as well as commercial spaces and family-friendly public spaces.

At full build-out of this development and with subsequent towers, Station Lands will attract close to 5000 residents and full-time employees to this district.

The event began with Treaty 6 acknowledgments made by Elder Clifford Cardinal and a performance by the Chubby Cree Dance Group. Other dignitaries included Edmonton Mayor Amarjeet Sohi and Edmonton-City Centre MLA David Shepherd. 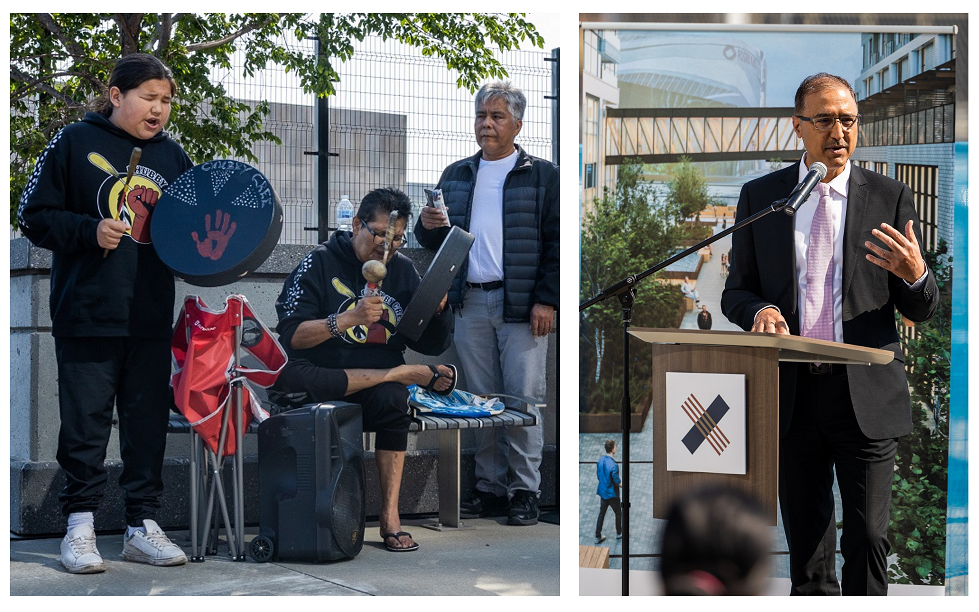 Mayor Sohi thanked the project’s stakeholders, including Qualico and the City of Edmonton Administration, for their leadership in helping build a better city for all. Following the challenges the city faced through the COVID-19 pandemic, Mayor Sohi voiced his enthusiasm for the new development.

“I am so optimistic about our city. We as a community know how to get things done, we know how to tackle very big challenges. This event today gives me more hope and optimism,” the Mayor said. 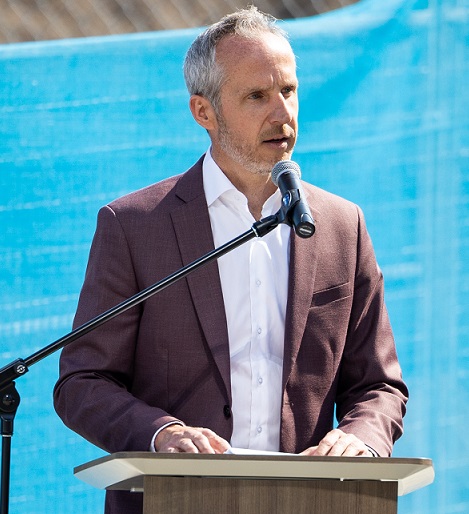 “As we work together with our neighbours, community partners, and civic leaders to bring the best out of downtown Edmonton, we are certain that Station Lands is exactly the kind of investment our city needs right now,” Mike said.

The investment in Station Lands is instrumental in shaping the future of downtown Edmonton, as a transit-oriented development that will provide space for Edmontonians to come together to celebrate their community, local business, and the arts, Mike added.

“We are committed to ensuring this project enhances, enlivens, and buoys the success of our neighbours by bringing new residents, new businesses, and renewed vibrancy to our downtown.”

Dr. Holly Mah, a local business owner and Chair of Edmonton’s Chinatown BIA, shared her excitement for the positive impact Stations Lands is expected to make for businesses in Chinatown.

“The Station Lands Project is just what the doctor ordered for our Chinatown and our downtown,” Holly said.

Holly said that Chinatown wants to be a feature of Edmonton’s downtown and a centre of business and culture, and the investments being made in Station Lands are an important signal of the belief Qualico and its partners have in the historical and culturally rich part of the city she represents.

“The continued development of Station Lands will continue to transform our community,” she added. 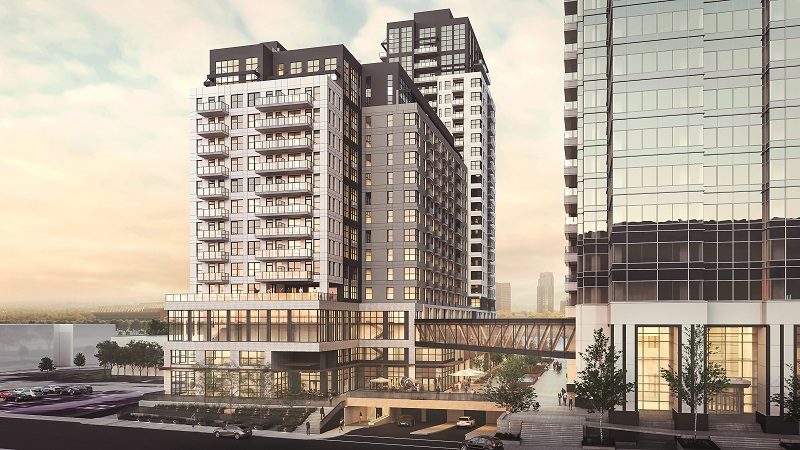