Burnaby, BC – StreetSide Developments BC and Qualico Properties are teaming up to ensure the success of a new mixed-use development in Burnaby.

Valeo in the Burnaby Heights neighbourhood will be a two-building, five-

storey project that, once completed, will have 62 residential strata units, a ground-level retail/commercial component spanning more than 37,000 sq. ft., and office space covering over 25,000 sq. ft.

The buildings will be constructed of a combination of structural steel and concrete and will sit above a shared secure multi-level underground parkade. The residential component will offer one-, two-, and three-bedroom units and fantastic views from patios, private roof decks, and shared roof deck common areas. 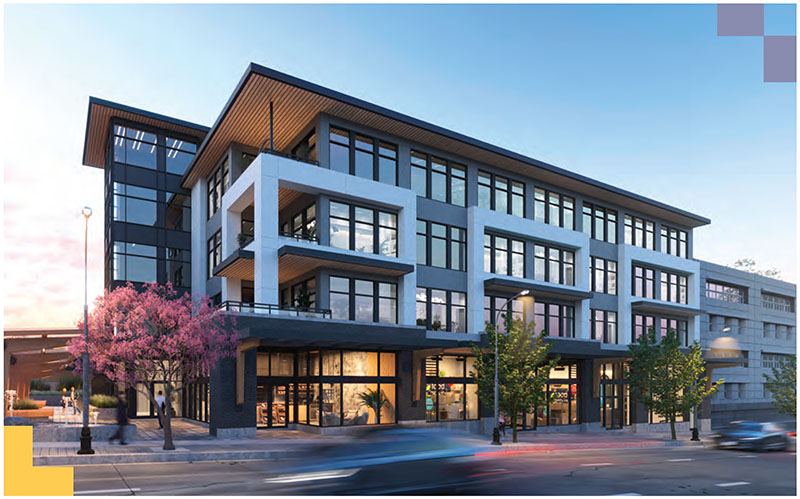 Rendering of Valeo (subject to change)

With its proximity to the Burnaby Heights central retail/commercial area, Brentwood Town Centre, and a public transit hub, as well as its location in a higher-density residential area with high traffic, Valeo will be an attractive option for residents and commercial/office tenants alike.

The project is currently nearing the end of the excavation stage and the team is preparing for foundation work that will start in September of this year, with the completion date of the entire project expected in fall of 2024. The residential component of the project is already sold out, and two offers have been secured to purchase commercial/office space so far. 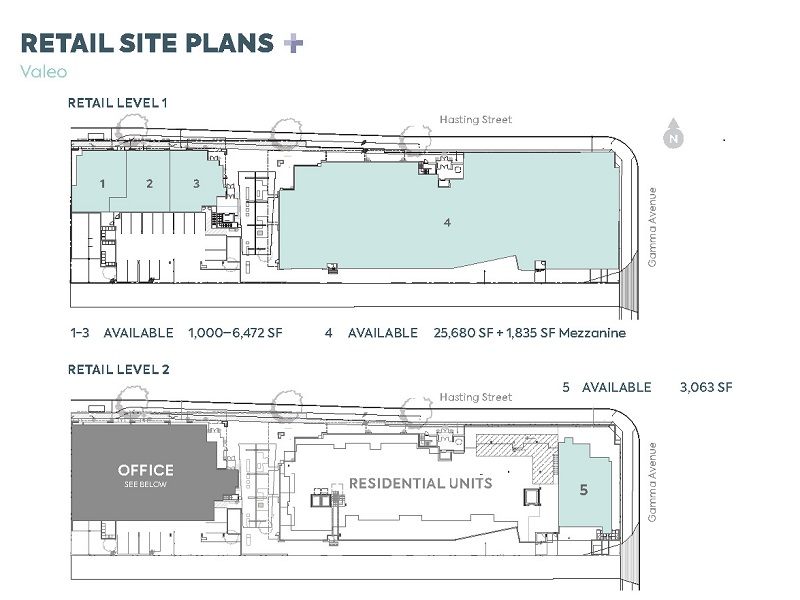 “Properties has a team of leasing directors whose primary responsibility on a day-to-day basis is working with commercial brokers and tenants to lease commercial space across Western Canada,” said Jeff Sutherland, Vice-President, National Leasing and Sales, Qualico Properties. “Tapping into the experience of Properties to manage the commercial leasing at Valeo makes sense for Qualico, so my team and I were asked to become involved as a leasing resource.”

According to Jeff, Properties specializes in grocery-anchored retail developments in major markets across Western Canada, and Valeo was developed by StreetSide Developments BC with the intention of housing a grocer on the main floor.

“Given the experience in commercial leasing that Properties has,” he said, “and our strong relationships with national retailers and their respective brokers, Valeo presented a prime opportunity to leverage the strengths of both StreetSide Developments and Properties to make Valeo a successful development project.” 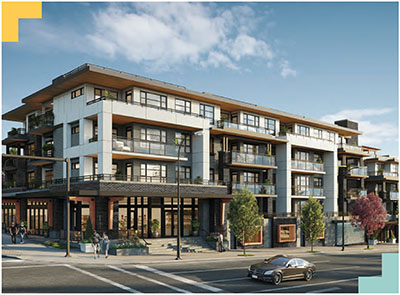 “Valeo is a great example of different business units deploying their best knowledge and experience in an efficient way,” he said. “Jeff and his team understand the leasing and commercial tenancy sector and we know how to design, approve, and build buildings. Bringing Jeff and his team into the equation has allowed us to negotiate and agree on the best terms for leases, and this sets up Qualico for success in the long run.”

Forte, located about two blocks west of Valeo, is a commercial/residential mixed-use project that was completed about one-and-a-half years ago. Mike explained that it is a significantly smaller project compared to Valeo and does not house an office component. Valeo is a more complex project that involves creating a separate office structure while also trying to accommodate retail needs.

Mike noted that constructing Valeo in the same neighbourhood as Forte was a strategic decision for the business.

“As the second project to be completed in the Burnaby Heights area, Qualico and StreetSide Developments BC have secured a foothold in this localized market,” he said. “In doing so, we are establishing stronger brand recognition and creating awareness of the high-quality homes and communities we intend to construct.”

With this heightened brand recognition, and the partnership between StreetSide Developments BC and Qualico Properties, the new Valeo mixed-use development is being positioned to reach its full potential in the coming years. 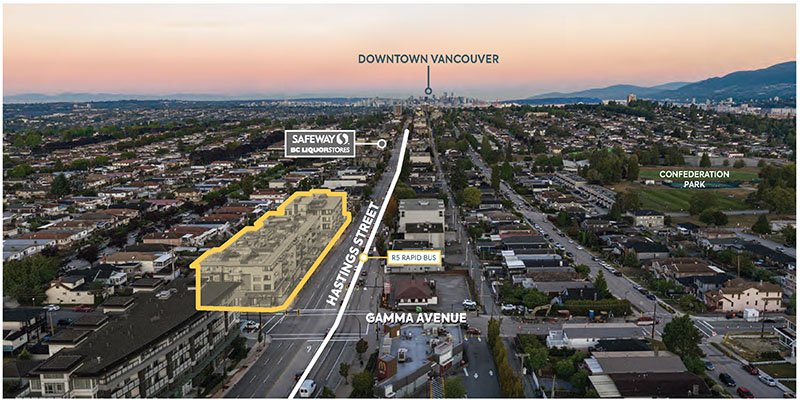