Qualico actively develops and owns retail shopping centres across Western Canada for ongoing income and long-term appreciation in value. Most of these shopping centres are predominantly grocery and pharmacy-anchored properties in suburban neighbourhoods, as well as strategically located power centres and other neighbourhood convenience centres.

As part of developing and owning these important assets, Qualico Properties ensures the shopping centres are upgraded and maintained as needed, which is accomplished through Qualico’s CAPEX (Capital Expenditure) program. Projects are prioritized based on need and return on investment.

“Over time, older centres naturally become somewhat dated in their appearance, even though they are very busy in the cities in which they are located,” said Perry Rose, Senior Vice-President, Asset Management & Corporate Counsel, Qualico Properties. “With new and competing shopping centres coming onstream all the time, it is imperative for Qualico to be updating its older retail centres in order to remain competitive.”

Sidney Waskiewich, Vice-President, National Leasing, Sales & Marketing, Qualico Properties, noted a couple of other reasons for investing in the refurbishment of such properties.

“The improvements lead to not only an increased likelihood of tenant retention, but also either maintained or improved rental rate value,” he said. “Those improvements keep our assets at the forefront of new tenant activity as well, should we have a vacancy within a development.”

This year, a total of $6 million was invested into improvements for four shopping centres through the CAPEX program, according to Brent MacKay, Vice-President, National Development, Qualico Properties. 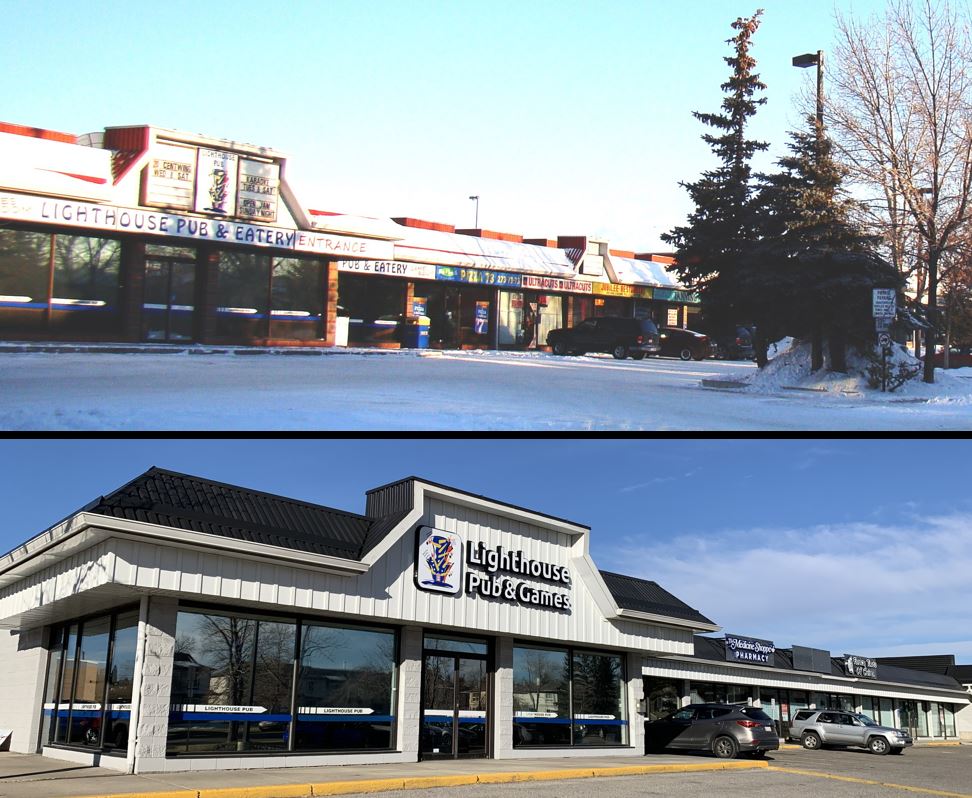 Deer Valley Village in Calgary is getting some basic cosmetic updates to its façade, which will give the shopping centre a more modern appearance. The goal is to assist the leasing team in bringing in new tenants.

Westpark Centre North in Fort Saskatchewan (Edmonton) received façade improvements and modifications on the development’s two older buildings to harmonize the overall aesthetic of the centre with three recently constructed buildings. The updates should result in achieving similar market valuations for all of the products at the centre.

“Completion of this renovation will allow the leasing team to focus on ramping up the leasing efforts without having to compensate for a variety of aesthetics and potential desirability in the centre,” Brent explained. 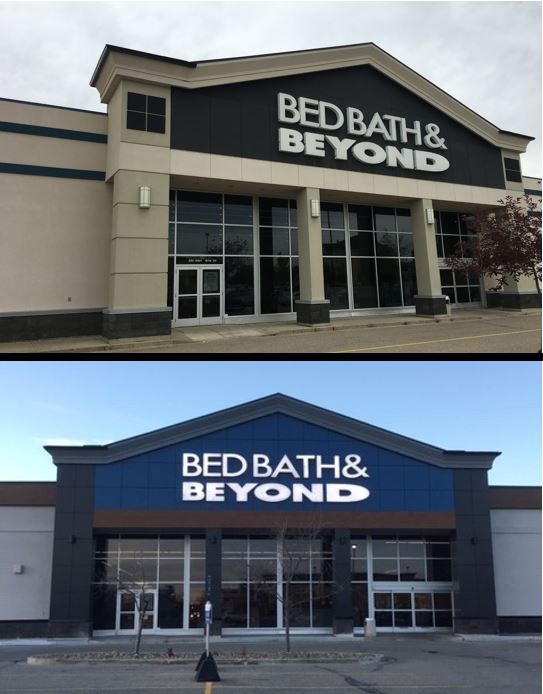 Red Deer’s Southpointe Plaza, which is fully occupied, had some façade and site improvements that will bring it to an even footing with the 2019 renovations completed at Southpointe Common. Brent described it as representing the “best in class” for this category of centre in central Alberta.

“With the completion of this program,” he said, “our operating holdings in Red Deer now exhibit an attractive, market-leading presence for the next 15+ years.”

Finally, the revitalization program at River Park Village in Winnipeg is underway and the first phase is now complete. With the grocery anchor tenant completing a major renovation to their store, including a brand-new façade, the stage has been set for renewed interest in densifying this underdeveloped asset with the future addition of three new buildings and revitalization of the remaining existing façade.

“With a new long-term lease from our anchor tenant and interest in the newly anticipated buildings,” said Brent, “we look forward to a substantial increase in the value of this historically fully occupied centre as we complete the remaining densification and revitalization phases.”

So far, the feedback on all of the updates has been positive, according to Mike in’tVeld, Vice-President, Property Management, Qualico Properties.

“Tenants like the new façades and are happy with the renovated shopping centres,” he shared. 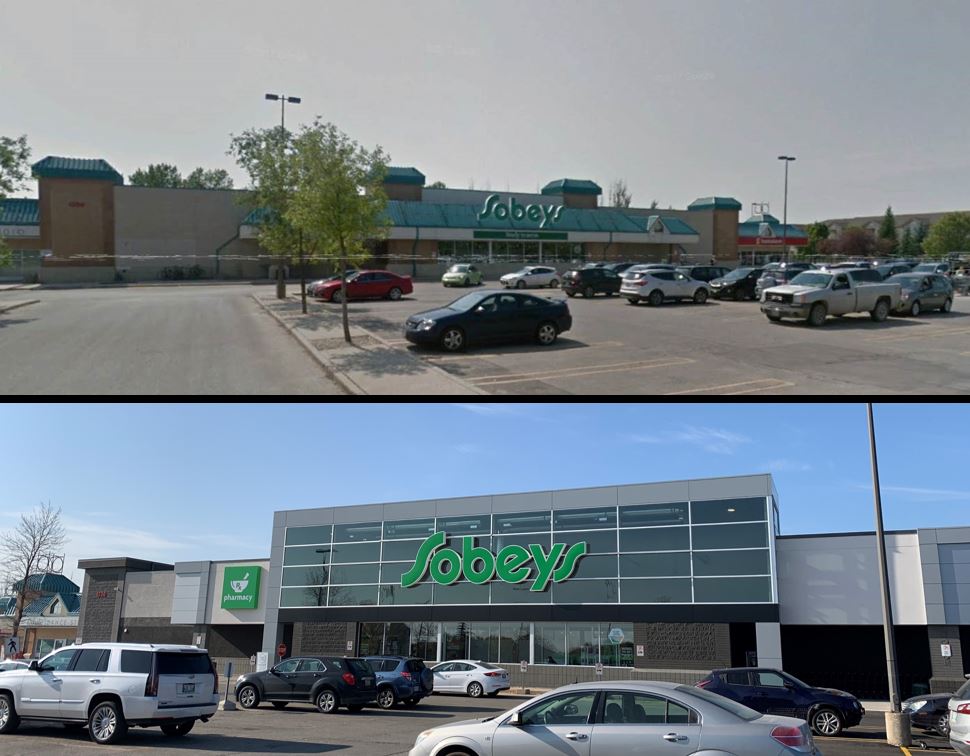 One important consideration that Qualico Properties must make with any update is how the work will affect tenants and their customers.

“Undertakings of this nature can be extremely disruptive to the overall shopping centre operations,” said Brent. “The biggest challenges that we run into in executing programs like this tend to revolve around signage and timing. We need to communicate to our tenants’ customers that the centre is open for business, especially when their signage has been removed, during what can sometimes be fairly extensive renovations.”

The timing challenge revolves around critical timings for retailers and the need to minimize the impact on their business during those critical times.

Brent said that communication with tenants is the best way to lessen any impacts from these major undertakings.

“Communication involves a coordinated effort between all of our Qualico Properties team members and the centres. The property manager plays a key role to inform the tenants of the program and of the potential implications on their operations and what we are doing to mitigate those implications,” he said, “such as protected accesses, temporary signage, and phased approaches to shorten the duration of storefront/customer interference.”

With 2021’s upgrade projects underway or nearing completion, the team is now looking at what will be tackled in the coming year. Qualico Properties will be starting major refurbishments for two Edmonton-based shopping centres in 2022.