Metro Vancouver, BC – To help with the relief efforts in BC, Qualico will be donating $35,000 to the Canadian Red Cross, Abbotsford Community Foundation, and the Abbotsford Food Bank.

“We are heartbroken for the communities devastated by the catastrophic rains and floods that have forced thousands of BC residents out of their homes, farms, and businesses. The sheer magnitude of this disaster is truly difficult to grasp and our hearts go out to all those affected,” said Gary Mertens, Regional Vice-President, British Columbia.

Qualico has been a homebuilder and land developer in BC’s Lower Mainland for nearly 35 years and has witnessed and supported communities that have grappled with and then rebuilt from natural disasters such as droughts and forest fires. This most recent combination of natural disaster events has resulted in compounded emergencies within a region that has already endured so much. 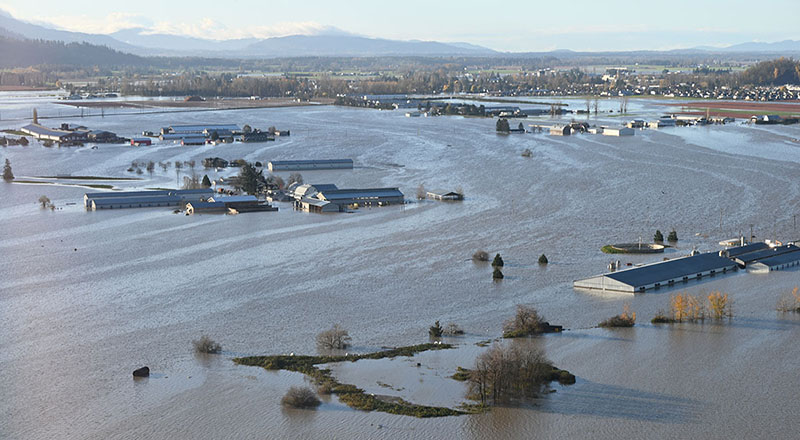 Contrasting the devastation and news footage of the gaping holes of destroyed infrastructure and the livelihoods and memories of families underwater, and of worst of all, the lives lost – there are the pockets and stories of hope, survival and community.

“The one bright light amidst all of this is seeing our communities come together. From the Surrey Sikh community cooking and delivering thousands of meals, to British Columbians opening up their homes to complete strangers who have been displaced,” said Gary.

Qualico has many employees and trades who drive in from Abbotsford and Chilliwack to work on construction sites for Qualico companies, Foxridge Homes and StreetSide Developments. These employees have seen their day-to-day drastically change as they stay back on their home front to help address the immediate needs and impacts.