Saskatoon, SK – Pacesetter Homes Saskatchewan’s first-ever net zero ready home in Saskatoon can be found in the community of Aspen Ridge. It was built as part of a net zero demonstration project that the City of Saskatoon implemented during the Saskatoon Parade of Homes, where the city provided sites so builders could construct examples of net zero ready homes.

The home at 104 Forsey Ave. was one of two net zero ready homes in the Saskatoon Parade of Homes. 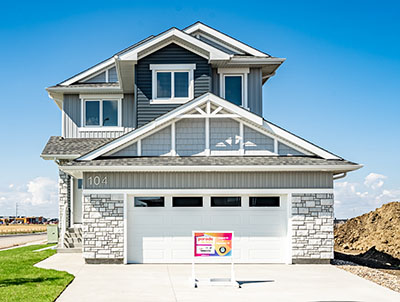 The Pacesetter Homes Saskatchewan team wanted to participate in the project because they’ve already been doing great work in the area of energy efficiency and this was a chance to learn more about what else can be done.

The aim is to continue the homebuilder's industry-leading building standards and work towards the Canadian 2030 climate change action plan, having all new homes be net zero by 2030.

Plenty of impressive energy-efficient features are included in the net zero ready home, but most people won’t necessarily be able to spot them. That’s because the home may operate differently from a typical home, but it doesn’t look drastically different from one.

It has three bedrooms and 1,916 sq. ft. of living space with an ideal plan for growing families – including an open concept main floor, second-floor bonus room, and ensuite retreat. The home sits on a prime corner lot backing onto greenspace.

But behind the scenes, the home has improved airtightness and energy-efficient mechanical systems, and industry-leading building practices were used to construct it.

Some examples of the features that were included are two types of exterior insulation, an air source heat pump for main cooling and heating, a tankless hot water heater, spray foam under the basement slab, triple-pane argon-filled windows, optional solar panel connectivity, increased space and insulation in the attic, and wall framing that allows for additional insulation.

“Sun Ridge put on a net zero course through the CHBA prior to construction that all builders had the opportunity to join, which laid out different options/methods of construction,” Don explained.

Don said that things with the build went smoothly, even though there were one or two learning opportunities or areas for improvement along the way.

“We were very satisfied with how things were done,” he said. “Our biggest challenge was getting the air source heat pump, due to a COVID-related supply issue. Costs are also a challenge. The exterior insulation was the most costly – if we could do that differently at a lower cost, that would be good. That being said, the home is super quiet and energy-efficient.” 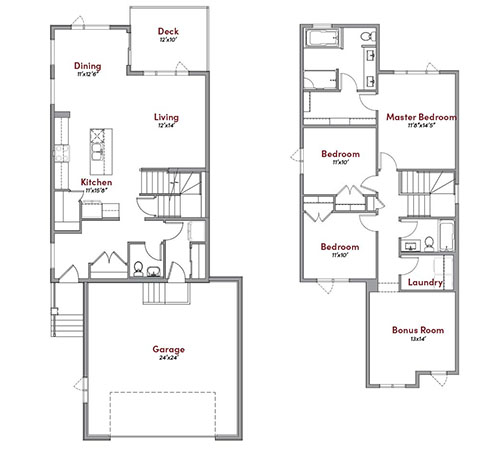 Marketing for the home looked a little different than it normally would, and it was important for the sales team to understand the value and technical process involved in the net zero technology.

The home drew significant community interest, according to the Pacesetter Homes team. Being that it is their first net zero ready home and the first home that exceeds the homebuilder's typical standard of 15 per cent better energy efficiency, many people were curious. Before the official opening, Pacesetter Homes invited the mayor, city representatives, and Saskatoon Home Builders’ Association representatives for a tour, which was also live-streamed to their Instagram account.

Since most of the net zero features are hidden once the home is finished, the team used a 3D rendering to help people visualize those features (see the interactive model rendering below - click on each leaf symbol to read the net zero features). QR codes were placed around the home, allowing visitors to view more details, including diagrams and video of each of the home's features.

Typically, the team does not include QR codes or specific 3D renderings, however, the QR codes were such a hit that they may include them in future homes so that people can view the interior selections while touring.

Pacesetter Homes now has the ability to add a net zero ready package to presale homes if homebuyers are interested.