Crews are currently busy servicing the site by digging lakes, putting in underground services like water and sewer, and constructing roads.

Once completely developed, the 435-acre neighbourhood will offer a wide range of home styles and price points to suit many households and life stages. The community will offer both custom and premium homebuilders, as well as multi-family townhomes, condominiums, and apartments.

“We anticipate a similar demographic to the other neighbourhoods of Waverley West, which is quite diverse,” she said. “It will certainly attract people from all walks of life, including many new Canadians.” 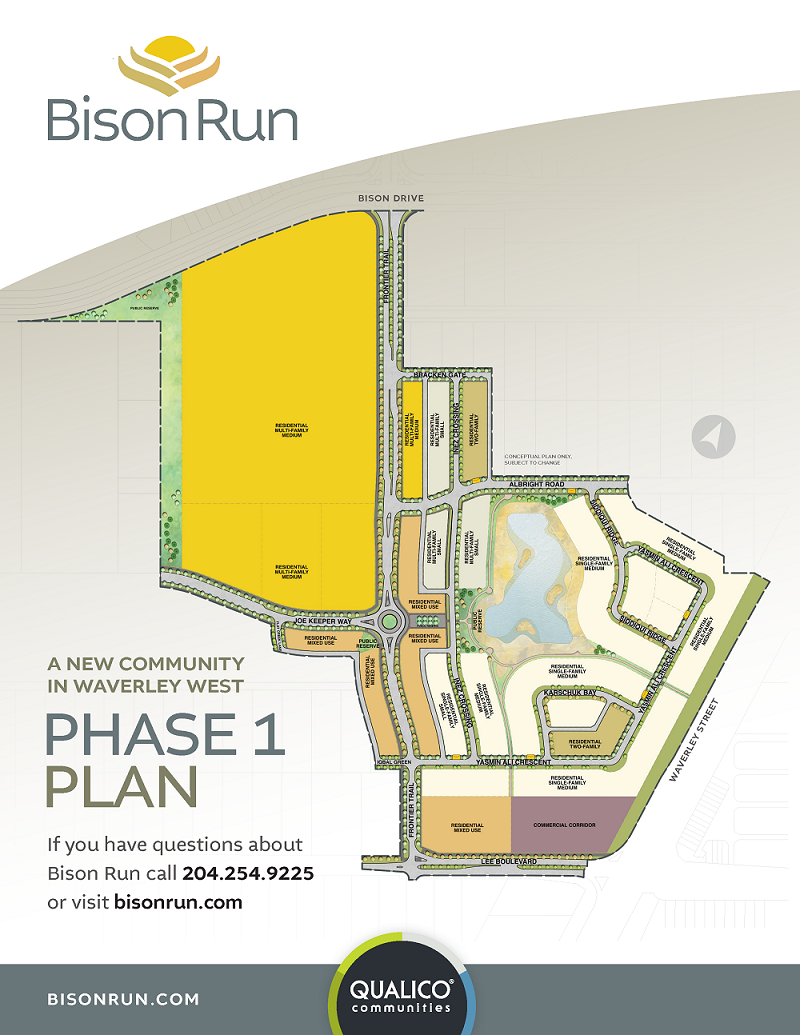 Katie noted that Bison Run will have a particular set of architectural standards, so that even with the diversity in home styles and designs, things will still have a cohesive feel across all housing types and phases of development.

“Bison Run is a development based on more than 60 years of land development experience,” she said. “We have taken what we have learned in our other communities and applied those lessons here. Things like the variety of housing types and styles, the mix of back lane and front drive homes, the mixing of density and lot sizes in one area (rather than being separate from one another), and the architectural standards.” 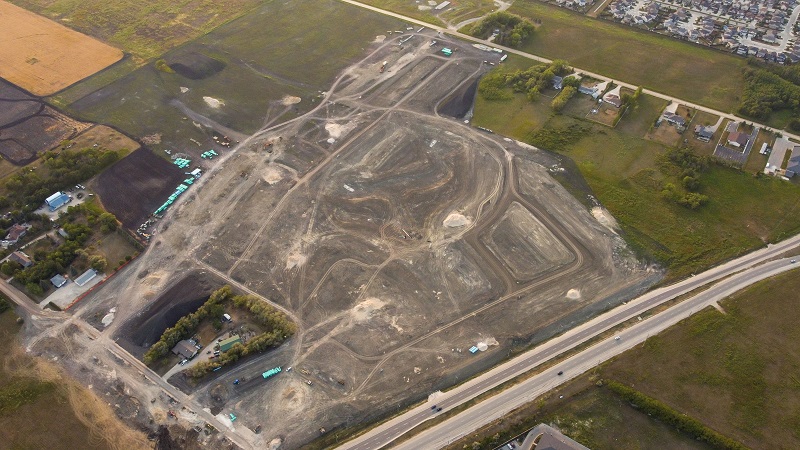 Premium homebuilders in Bison Run will include Broadview Homes, Kensington Homes, and Randall Homes, while custom builders will include Artista Homes, Avanti Custom Homes, Foxridge Homes, Hearth Homes, Irwin Homes, and Sterling Homes. StreetSide Developments Winnipeg will be constructing some of the multi-family homes in the community.

Additional builders may be included in the future, including additional multi-family builders.

Some of the amenities Bison Run will feature include limestone walking trails and naturalized wetlands that will run throughout the community, a future commercial development, parks and greenspaces, and a pedestrian plaza.

Residents will also have access to an abundance of nearby shops and services, the University of Manitoba, IG Field and Athletic Centre, as well as major transportation routes like Kenaston Boulevard, Waverley Street, and Bishop Grandin Boulevard.

Some of the streets in Bison Run will pay homage to Manitobans who have played a special role in the province’s story.

“We really wanted to find and highlight individuals who haven’t been recognized yet,” Katie explained.

That process involved receiving permission from the individuals themselves or a family member to use their name, and then getting approval from the City.

The individuals include Francis Beynon (a female journalist who fought for women’s rights in the early 1900s), Inez Stevenson (a school trustee in the 1970s and 1980s who was the second black woman ever to be elected to office in Canada), Joseph Keeper (an Olympic long-distance runner and war hero in WWI), Shahina Siddiqui (the founder and executive director of the Islamic Social Services Association based in Winnipeg), and Yasmin Ali (a founding member of the Canadian Muslim Women’s Institute).

Other streets will be named after terms associated with bison and the Prairies/Great Plains, such as Steppe, Frontier, and Flatland.

Planning for Phase 2 of Bison Run is currently underway and Qualico Communities Winnipeg hopes to begin servicing for that phase in spring/summer of 2022. 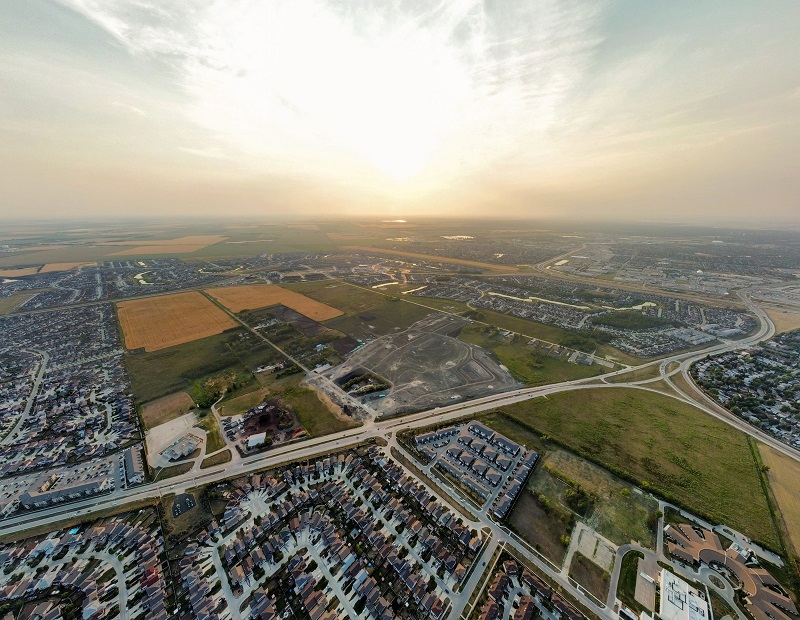