Qualico Through the Decades - 1980s 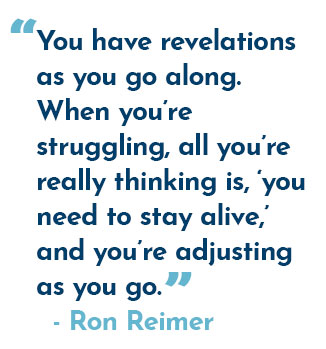 The 1980s were an era indicative of change. Jeanne Sauve became Canada’s first woman Governor General, while Bertha Wilson became our first woman Supreme Court Justice. Technology was changing dramatically, with “The Computer” being named Time Magazine’s Man of the Year. And of course, who could forget Terry Fox’s incredible feat of strength with his Marathon of Hope run across Canada? But there were also economic shifts taking place that created a milestone in Qualico’s history—a milestone of triumph not against any competitor, but rather one of the toughest market-cycle grinds the company had ever faced.

High inflation in the 1970s and 1980s, along with large and rising fiscal deficits, created a challenging economic environment for the homebuilding industry in Canada 40 years ago. Part of this was driven by the 1979 energy crisis, in which the global oil supply was disrupted by the Iranian Revolution, creating sharp oil price increases and the drastic rise in inflation rates. Interest rates were increased to curb the persistent inflation, slowing down homebuying to nearly a crawl. Qualico’s single-family home possessions throughout the 1980s decreased by 30 per cent in Winnipeg, 40 per cent in Calgary, and 60 per cent in Edmonton compared to the previous decade 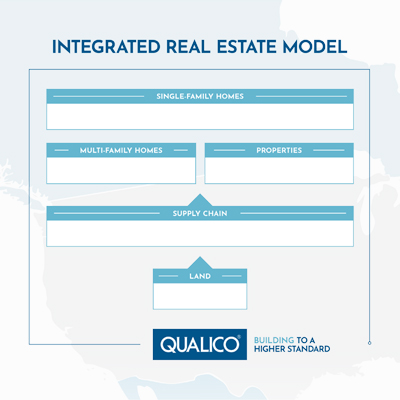 As a large, established homebuilder, Qualico was faced with finding ways to survive this threatening trend. The company’s growth had been stable and moderately consistent to this stage, expanding operations from Manitoba into British Columbia and Alberta. Little did Qualico know at the time that its natural progression through geographical and vertical expansions, as well as growth in product diversity, would be the foundation of sustainability that would later become the key to the company’s staying power.

“You have revelations as you go along,” said Ron Reimer, Executive Vice-President, Qualico. “When you’re struggling, all you’re really thinking is, 'you need to stay alive,' and you’re adjusting as you go.”

“Some [adjustments] work and some of them don’t. It takes quite a while for you to look back in hindsight and see where critical junctures were. Back then, we weren’t thinking, ‘oh, we have to diversify in markets or verticals.’ We didn’t think about that at all. But a lesson learned was absolutely the value in diversification.”

Qualico’s range of products in the 1980s built the foundation for the type of diversification that was beneficial to the company. Growth in the areas of land development, single- and multi-family housing, building materials, and a rental income portfolio set the path for acquisitions that strengthened Qualico’s value in the housing industry. While the impacts of economic challenges through the 1980s were felt to varying degrees in each market, the company’s growth both vertically and regionally created a platform of sustainability across the company. 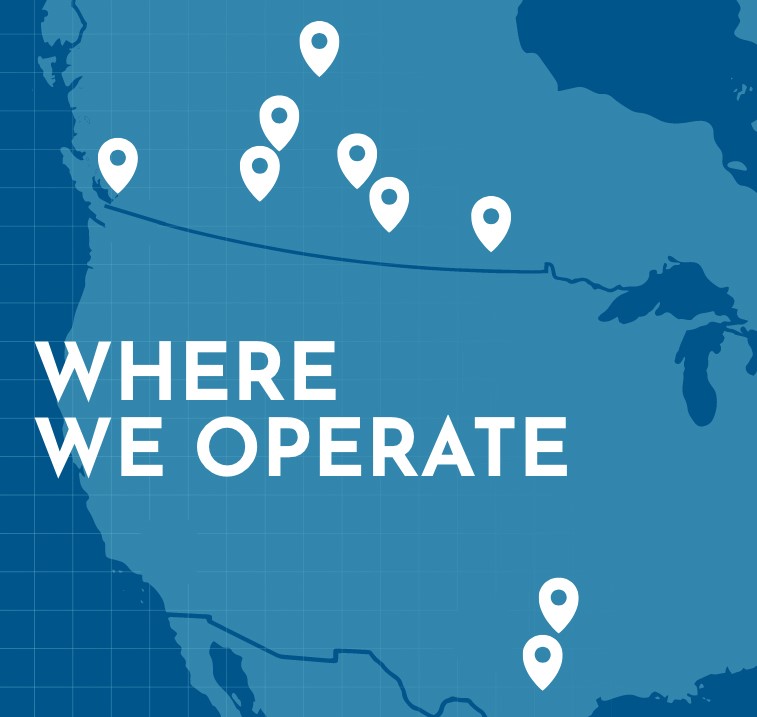 In the 1980s, Qualico zeroed it’s focus on the homebuilding markets in within Manitoba and Alberta. By the late 1980s Qualico re-entered the Vancouver market which provided a base for the growth and expansion of the building supply business across Winnipeg and Calgary.  Fast-forward 25 years, and by 2005, this geographical expansion had reached the United States market, introducing currency diversification. Additionally, Qualico had become a major player in commercial development and leasing, introduced new homebuilder brands, and expanded homebuilding into the metro Vancouver market. To further this growth, the company also diversified into building materials and supply integration, including Star Ready-to-Move Homes, truss manufacturing, plumbing and electrical supply and installations, and partnerships with concrete and drywall companies. 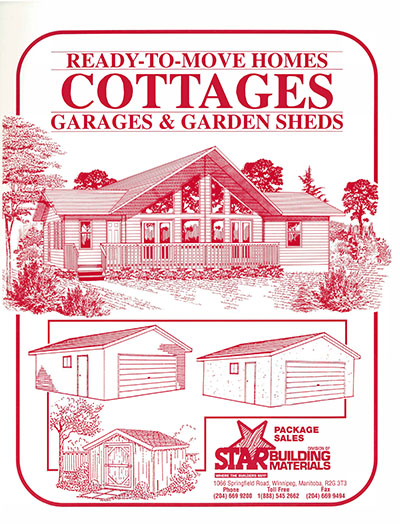 “A big lesson we learned through the ’80s and the ’90s was to take a very conservative financial approach to real estate,” said Ron. “When assessing the next deal with financial analysis, you have to moderate your optimism, because black swans are not that rare. We know that now. Over the last 20 years, we’ve been through the Asian financial crisis in 1997, through tech wreck in 2000, through 9/11 in 2001, through the Great Recession in 2007/2008/2009, through the collapse of energy prices in 2014, and to COVID today. None of those were anticipated.”

These lessons learned became the guide by which future acquisition and growth decisions were made over the last 40 years. Qualico continued to build upon previous expansions, strengthening and layering both vertically and regionally to become stronger and more sustainable. Knowledge and expertise earned from each growth opportunity have been—are still today—applied to inspire the company’s future.

As we celebrate the company’s milestone 70th anniversary, we look back at some of Qualico's more recent acquisitions across its regions, including Leduc Truss in Edmonton (now known as Star Building Components), Empire Drywall in Edmonton and Calgary, and Star Mechanical in Winnipeg. The introduction of these building material and supply business units into Qualico’s integrated real estate model allowed the company to create opportunities for improved operations, acquire existing talent within these organizations, and strengthen Qualico’s staying power in a volatile industry.

“We’ve always had people who are good at looking at acquisition and can analyze balance sheets to decide whether it’s a good investment for us,” said Shane Erickson, Regional Vice-President, Northern Alberta.

Qualico’s diversification into building material suppliers has been integral to the company’s buying power and the quality and reliability of its deliverables.

“We’ve earned the ability to use our strength,” said Shane. “We’ve got a volume of business that allows us buying power that will further our growth and resilience in the industry.”

“Having suppliers work directly for our business units allows us to optimize inventory and better control the quality of the process,” said David Eggerman, Regional Vice-President, Manitoba and Saskatchewan.

A Star is Born in Edmonton: Star Building Components

Star Building Components (formerly Leduc Truss) was acquired in 2006 during the height of Alberta’s housing market. Demand for truss production was incredibly high to meet the market demand for a boom in construction, and Qualico’s homebuilding business units were unable to obtain the supply they needed at the time. When Leduc Truss was put up for sale, Qualico bid to purchase the company and was successful. This addition to the company’s portfolio created opportunities for better materials supply and improved operations during a busy time in the market. 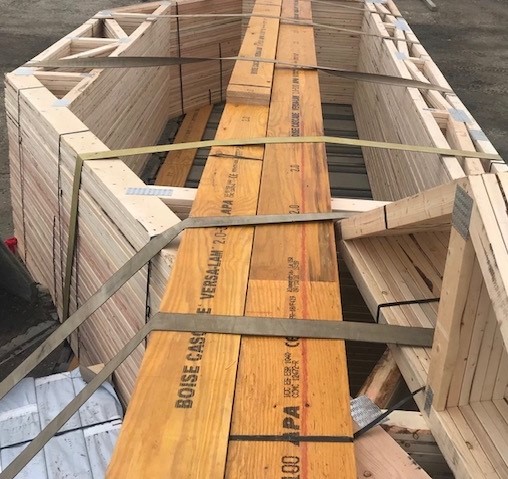 “We have a lot of strength now with our purchasing power for materials,” said Shane, “We have major distributors competing for our business in terms of rebates and service.”

The acquisition of Empire Drywall in 2017 created vast opportunities for quality control and improved operations in the supply and installation of drywall and insulation products. Qualico saw the value and benefit of its previous acquisition of Gypsum Drywall Interiors (GDI) in Winnipeg, and was looking to expand on this growth within the Alberta market.

David Eggerman’s experience with the GDI acquisition was instrumental in determining the best way to expand into the drywall business in Alberta. Working collaboratively with Shane Erickson, two experienced Regional Vice-Presidents sharing knowledge and expertise gave Qualico a natural advantage to achieving a unique layer of diversification. 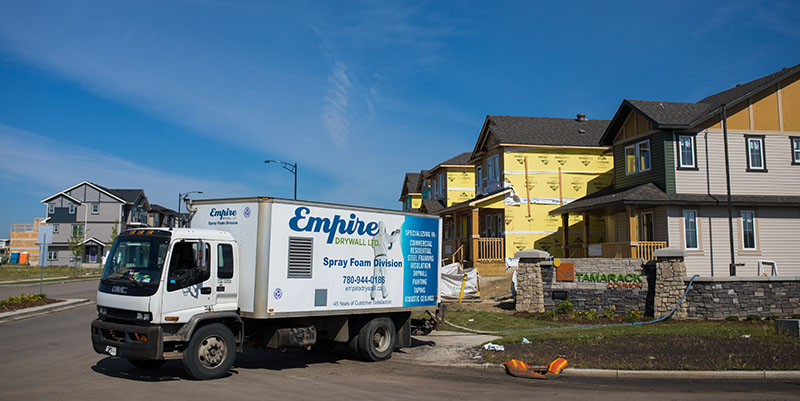 Working together, David and Shane performed a comprehensive review of the relevant companies operating in Alberta to find one balanced in residential and commercial work, but also one with a good reputation. As Empire Drywall was already operating in Calgary, Edmonton, and Fort McMurray, it covered all the major centres in which Qualico was already building within the province.

“Empire Drywall ticked all the boxes,” said Shane. “We wanted to look at a company that’s been successful. We wanted the talent they already had in place and their established, proven practices.”

“Empire Drywall had a good reputation,” said David. “They were well known in the Edmonton market, and had good leadership in place for the foreseeable future.”

In addition to the services already provided by Gypsum Drywall Interiors, the acquisition of Empire Drywall now makes Qualico the largest drywall applicator in Western Canada.

In 2019, Qualico expanded into heating, ventilation and air conditioning in Manitoba through the brand known as Star Mechanical. Star Mechanical Manitoba is managed alongside the already-existing business unit of Star Plumbing. The synergy of the two business units amplifies quality control during the rough-in stage of home construction due to having alignment and shared best practices of handling everything from ductwork to plumbing. In contrast to other vertical integration stories, Star Mechanical Manitoba’s introduction to Qualico is not based on an acquisition.

“What we did with Star Mechanical in Manitoba is grow it organically; we didn’t do an acquisition in this case,” said David. “We looked at whether it was better to acquire a company or start this business and build it from the ground up. The advantage to doing it this way was there was no upfront investment other than hiring qualified staff, which was a lower-cost commitment than acquiring an established company.”

Allowing History to Inspire the Future

Qualico's diversification efforts over the past few decades have given it not just survivability, but also staying power through volatile markets. Several ideal opportunities arose after the challenging economic situation of the 1980s, and Qualico was able to take advantage at the right time, a practice that has become part of the company’s value proposition.

There is a competitive advantage to having trade suppliers across multiple verticals within Qualico. Innovation of product and methods ensures the company is consistently growing and evolving to improve the quality of the homes we build and sustain financial growth overall.

Looking back, the decisions made on acquisitions, regional expansions, land, and market share have been the base by which Qualico’s strength has grown and the reason for its success through difficult times. As new opportunities arise, commitments are made considering the long game.

“In real estate development, there are no short-term deals,” said Ron. “Take the community of Sage Creek in Winnipeg, for example. It’s a 20-year deal. A lot will happen in 20 years. A lot of things you don’t anticipate. Hopefully, enough good things will happen to cancel out the negative things. But you don’t know that. You have to be patient and you have to have the capacity to be in the game.”

It is because of Qualico’s reputation in the industry and competitive advantage that its sustainability and diversity will continue to grow.