Ground breaking took place on April 28, and now that framing has been completed, the rough-in for the mechanical systems is being installed. Construction is expected to be completed by October/November of this year. 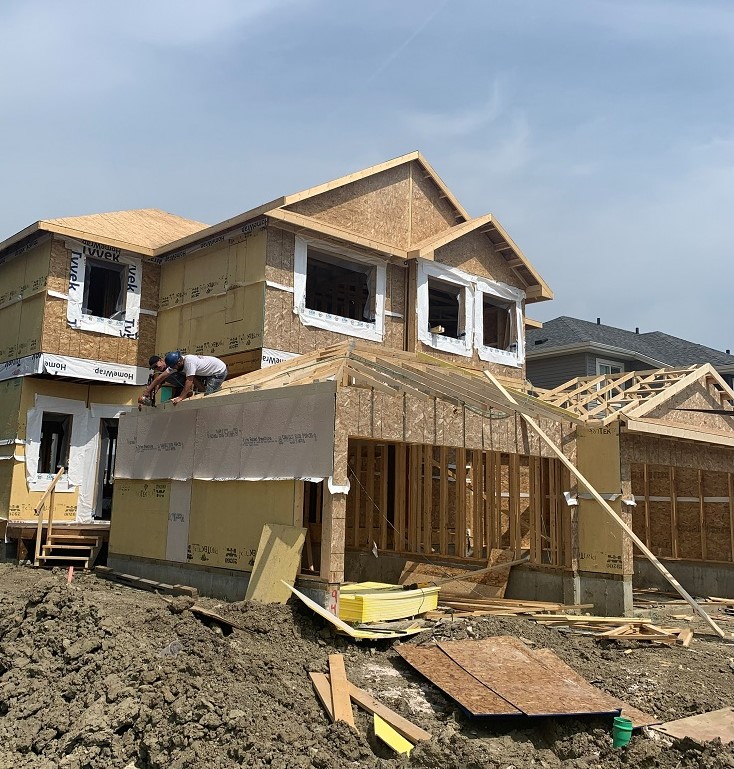 The two duplex-style houses will provide a life-changing opportunity for four families who would like to own a home, but who may not have the financial capacity to do so without the help of Habitat for Humanity.

“Habitat for Humanity Edmonton was looking for a location to build four new units in Leduc, because the City of Leduc had a strong desire to provide this form of housing in the community,” he explained. “Habitat for Humanity reached out to Qualico Communities to see what lots might be available. We had four vacant semi-detached (side-by-side duplex) lots in Meadowview.” 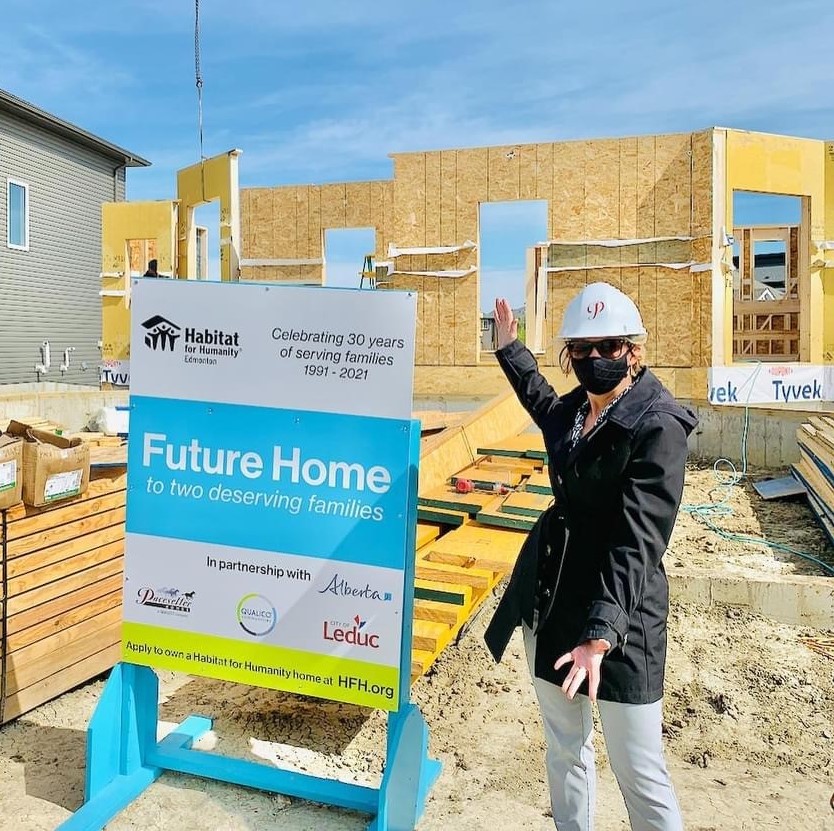 While Qualico has been building and developing within Leduc for many years, Brad noted this is the first time to be collaborating with the City of Leduc on a joint project.

“Along with donating site supervision and project coordination, Pacesetter Homes Edmonton will also be providing landscaping labour at the end of the project,” she said. “This will provide our staff an opportunity to take a day to volunteer and help lay sod and plant. It’s important for us to allow all of our staff to have an opportunity to be a part of this project in some meaningful way.”

Additionally, Qualico is donating $80,000 to Habitat for Humanity Edmonton for a matching gift campaign. For every donation received at the community level, Qualico will match it to a maximum of $80,000. 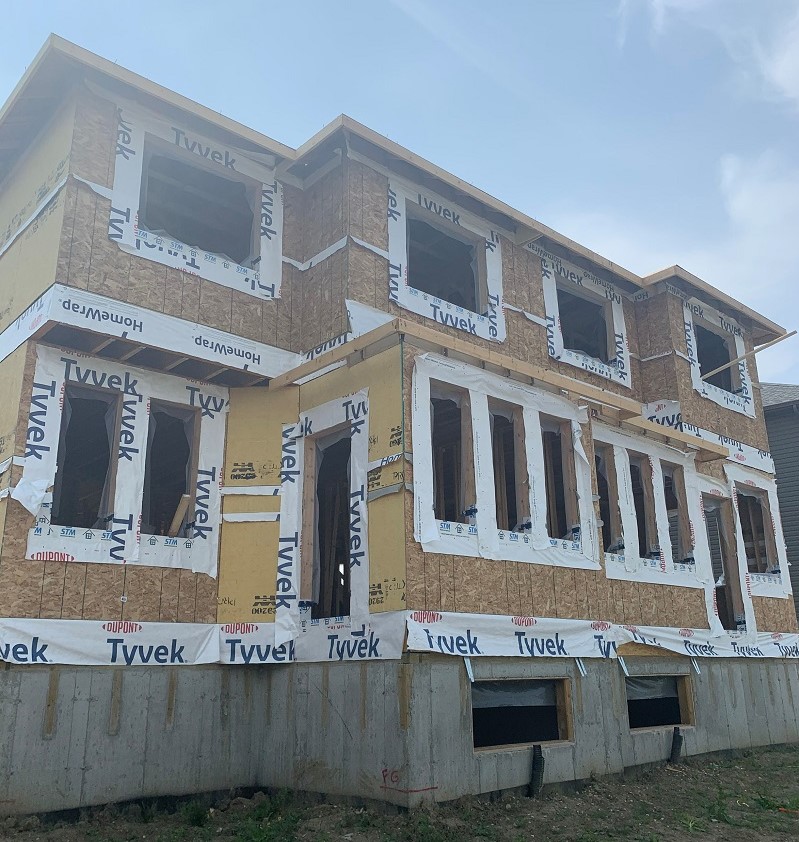 This latest project is just one example of the long-term support Qualico and its business units have provided to Habitat for Humanity. Previous support in the Northern Alberta Region has included donating six homes over seven years through the Habitat Day initiative in the Capital Region, as well as providing land for Habitat for Humanity’s Neufeld Landing development (which at the time was the largest Habitat build in Canadian history, with 64 homes), as well as for other projects.

According to Ann-Marie Reddy, President & CEO, Habitat for Humanity Edmonton, the homeowner selection process for the Leduc project has already started.

“To be considered, families need to be Canadian citizens or permanent residents, have an annual income between $35,000 and $65,000, have a good credit score and little to no debt, and be willing to volunteer 500 hours in our ReStores,” she said. “There is no down payment required for the home, and the selected families will pay affordable monthly payments that cover the mortgage, insurance, taxes, and condo fees.”

Ann-Marie noted that partnerships Habitat for Humanity Edmonton has with companies like Qualico help the organization continue to provide affordable homeownership to families.

“Qualico’s level of expertise in homebuilding from a cost and efficiency perspective is very beneficial in ensuring Habitat for Humanity’s homes remain affordable and families can attain their dream of owning a home,” she said. “Qualico has shown that they are a forward-thinking company and that there is room for affordable homeownership in the communities they serve. We look forward to continuing our partnership as we move to serve even more families in the future.”