He would frequently bring his young granddaughter, Sophie, along on trips to pick up materials for his next job, and the two made quite an impression on the Star Building Materials’ team.

“Brent truly is one of the most honest, genuine, and caring people you could meet, plus he’s an amazing carpenter,” said Chris Osborne, Branch Manager at Star Building Materials Winnipeg. “And Sophie is the most innocent, cutest little girl you’ve ever seen.”

In April 2017, at just three years old, Sophie was diagnosed with leukemia, and Brent put his business and personal life on hold to dedicate his time to supporting the family in whatever way he could. On June 20, 2019, Sophie was officially in remission and her family celebrated the end of a difficult battle.

In honour of Sophie, the Star Building Materials social committee set up a barbeque fundraiser on June 14 for CancerCare Manitoba that turned out to be quite a success. Thanks to the generous donations of those who attended, Star Building Materials collected $2,327.95. Qualico matched those donations, and with additional funds collected through other social committee initiatives, the total raised for CancerCare was $5,575.70. 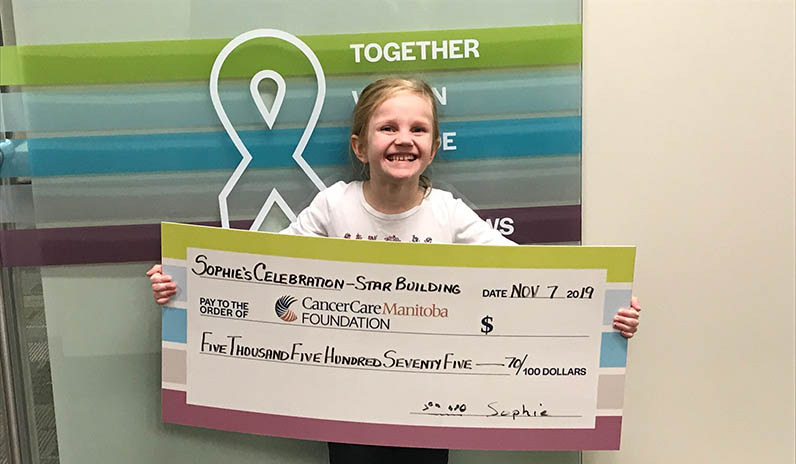 Brent and Sophie got the opportunity to present the cheque to CancerCare on November 7.

Thank you to everyone who participated and donated to the BBQ fundraiser and other social committee events for this great cause!