"The awards honour association members for their exceptional level of volunteer commitment and dedication to enhancing the professionalism of the homebuilding and renovation industries in the Greater Vancouver area,” said GVHBA President, Peter Simpson.

As a company, Qualico is committed to giving back to the communities in which it builds, and the Greater Vancouver area is no exception. Qualico’s remarkable support of local causes has made it a leader within the BC homebuilding community, leaving a lasting impact on all involved. 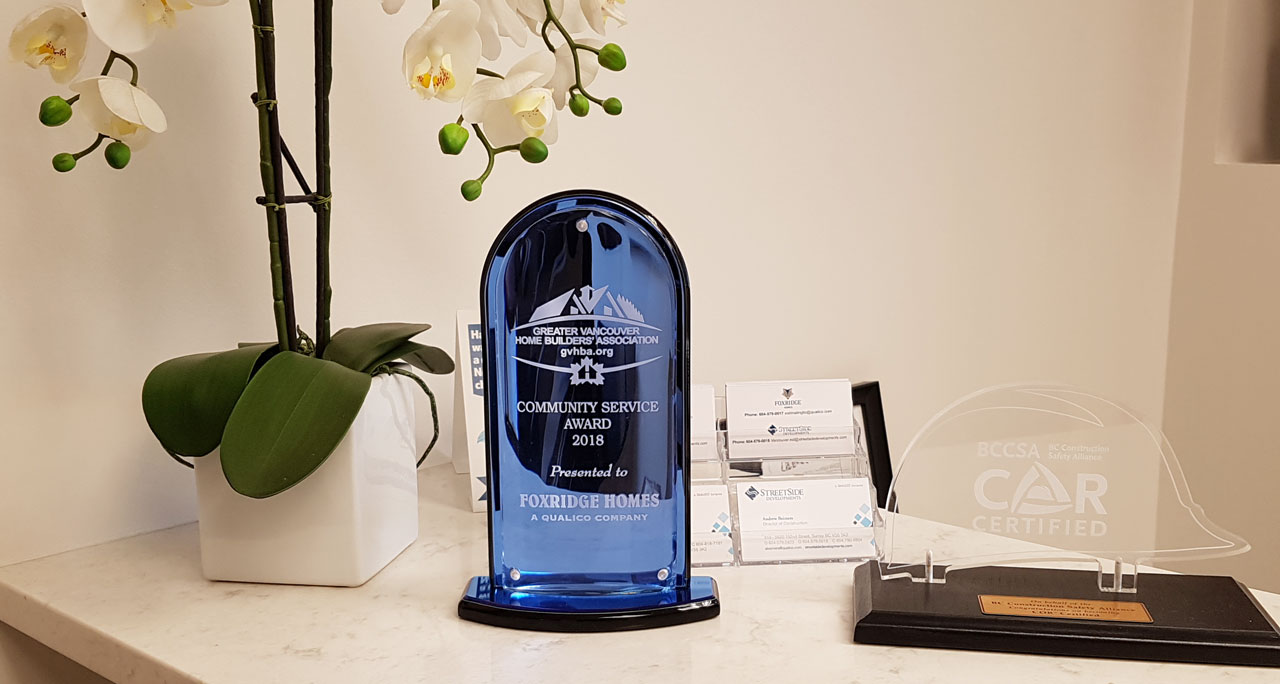 “For almost 30 years, Qualico has played a major role in shaping the city of Surrey and has committed to giving back through various charities and organizations,” said Gary Mertens, Regional Vice-President, BC Region. “In 2018 alone, Qualico and its employees have donated their time, energy and efforts to a number of different causes.”

Qualico also donated $100,000 to the Langley Memorial Hospital for its new Emergency Department & MRI Suite, gave $10,000 to Sunnyside Elementary School for a second playground, and gave eight $1000 “Acts of Kindness” donations toward different causes and organizations in BC.

Qualico and its employees gave their time as well by serving through the company's Volunteer Day initiative. This included invasive species removal with the Nature Conservancy of Canada, cleaning up and collecting 30 bags of garbage at Redwood Park, and volunteering at the Surrey Food Bank.

With its exceptional devotion to serving the community over the past year, Qualico now officially joins the ranks of past Community Service Award winners, including Benchmark Homes, Centra Windows, Smallworks, Vesta Properties, Tien Sher Group and Valhalla Roofing.

The accolade is a distinguished honour, and as the recipient of this year’s award, Qualico has proven its dedication to building a stronger community.