Qualico Moves to Next Phases of Hercules Bayfront Development

Hercules, CA – Work on The Grand in Hercules, CA is now complete – the second phase in the Hercules Bayfront development that involves a joint partnership between Qualico and Ledcor. 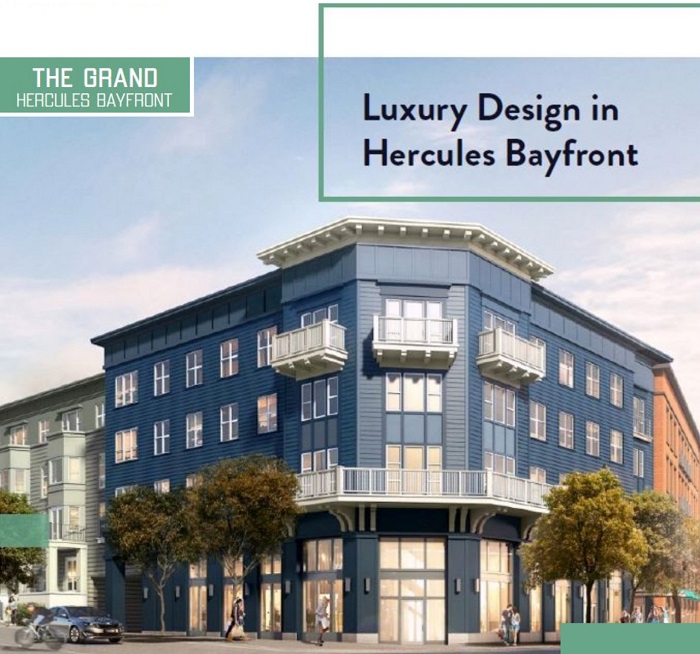 This master-planned community has been through a decade-long development process, and the site is on remediated land that was once home to the former Hercules Dynamite factory.

The first phase of the Hercules Bayfront development, called The Exchange, has already been completed and sold.

For those who like to stay active and have a smaller environmental footprint, The Grand offers a fitness centre with state-of-the-art equipment, a bike repair shop with a bike supply vending machine, bike storage, and ChargePoint EV chargers.

The Grand’s location is ideal, as it offers easy access to public transportation and major transportation routes to San Francisco. As of mid-November, The Grand is 10.8 per cent leased.

The next phase of the Hercules Bayfront development is Block M, P, and O, which will be named at a later date. That phase currently has 387 units planned, and construction is expected to start in May or June 2022. Based on costs and timelines, the design of this next phase could change in the near future.

The funds from sold projects are often invested into opportunities for new projects, which Qualico continues to keep an eye out for in the US market (primarily in Texas and southern California).