Austin, TX – Kevin Van, President & CEO, is pleased to announce that LaNelle Deardorf, Vice-President, Finance and Banking, Qualico US, has been appointed Regional Vice-President, Qualico US, following the announcement of Brian Higgins’ retirement at the end of 2020. LaNelle’s transition to her new role is effective immediately. 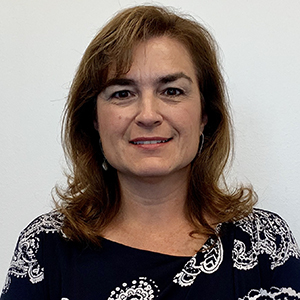 LaNelle Deardorf has been appointed Regional Vice-President, Qualico US

LaNelle has been part of a key leadership team that has grown and continuously improved Qualico’s Austin and Dallas operations.

“We are extremely pleased to have LaNelle joining the ranks of Regional Vice-President for our US operations,” said Kevin. “She has demonstrated her consistent contributions to a proven plan of excellence and she is driven and executes with precision. We are confident that she will lead and grow our talented US team and take our US operations to the next level. I look forward to working with her on the Executive Committee to help steer the company into the future.”

LaNelle completed her Master of Professional Accounting degree at the University of Texas and has her Certified Public Accountant license. She started as an auditor and went on to have a 20+ year career in the real estate industry before joining Qualico as a Controller in 2012.

LaNelle joined the Austin location at a time when it was a smaller operation, pre-startup of Sun Chase, pre-expansion of the merchant building program with Ledcor, and pre-expansion into Dallas.

As the Qualico US Region continued to see considerable growth, with expansion into the Dallas, Texas, single-family market and the project-based multi-family opportunities in Hercules Bay and Long Beach, California, Seattle, Washington and Austin multi-family market, LaNelle’s responsibilities also expanded. Along with her Controller duties, she also assumed all of the HR responsibilities, and her keen interest in the business led to her overseeing both of Qualico’s operating rental properties in Austin, Texas – Gracy Farms and Turtle Rock.

LaNelle was later promoted to Vice-President, Finance and Banking, Qualico US Region, in September 2018, where she established and maintained banking relationships and credit facilities for Qualico’s US operations and was involved in the production of budgets and business plans for all business units.

Brian Higgins, outgoing Regional Vice-President, Qualico US, said he is confident that LaNelle is the right person to lead the team through the next stage of Qualico’s growth in the US.

“Over the past few years, LaNelle has demonstrated the desire and the acumen to participate in the success of the Qualico US business units beyond the limitations of her position as VP of Finance and Banking,” he said. “This well-deserved appointment as our incoming RVP is the beginning of an exciting journey for LaNelle.”

Kevin Kameda, CFO, noted that Brian’s championing of LaNelle throughout the years says a lot about her value as a Qualico team member.

“Brian Higgins without a doubt embodies the company values of Qualico,” he said. “He demonstrates what it means to do the right thing, to work hard, and to be transparent and honest. Brian is also discerning when it comes to communicating high praise. The fact he has consistently supported and promoted LaNelle from Controller to VP, Finance and Banking, to now being his successor, speaks volumes.”

A full feature of Brian’s 40+ years of service with Qualico will be shared closer to his retirement date to celebrate his successes and experiences with the company.

Kevin Kameda also remarked on the qualities that LaNelle brings to the table each day in her role at Qualico.

“LaNelle’s career with Qualico to date has led to her appreciation of where the operation has come from, the support of the Canadian parent company, and the perseverance, dedication and consistency required not only to maintain, but grow respectable results for the region,” he said. “LaNelle has a certain quiet confidence and humble attitude that has remained, even as her role has expanded and evolved to include more interaction with financial and business partners.”