Regina, SK – Last month, Pacesetter Homes Saskatchewan solidified its reputation for building energy-efficient homes, winning the Environmental Leadership Award (20+ homes), given by the Regina Homebuilders Association. In Saskatoon, the net-zero ready home the Qualico business unit built was named a finalist in a similar category by the Saskatoon Homebuilders Association.

“Environmental Leadership is a focus for Pacesetter Homes Saskatchewan”, said David Eggerman, Regional Vice-President, Qualico, Manitoba & Saskatchewan. “It’s encouraging to see the industry and our customers recognize the emphasis that they put on energy efficiency.“

This latest win in Regina marks the second consecutive time the homebuilder has won the award. While Pacesetter Homes Saskatchewan designs and constructs homes to be on average over 20 per cent better than the current building code, the home that won the 2022 award was built to be 40 per cent more efficient compared to the code standards. 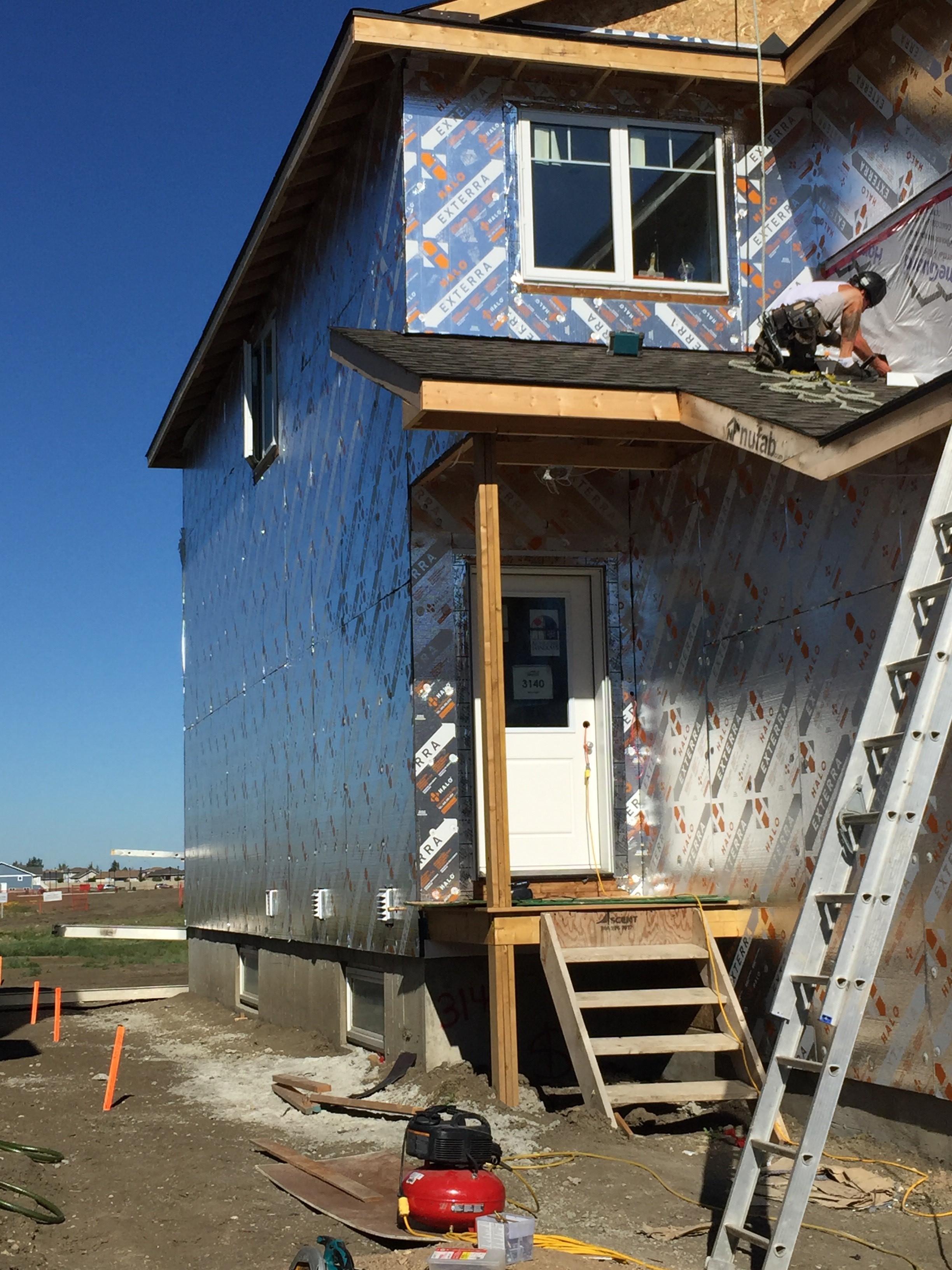 This incremental increase is intended to work towards the Canadian climate change action place, which calls for all new homes to be net-zero ready by 2030.

“We don't want to be there the day the new code is adopted. So we are working to raise the bar to get us closer to that 2030 standard well ahead of time,” said Bob Leier, Production Manager, Pacesetter Homes Saskatchewan.

“There are two areas that we look at when it comes to trying to get to these standards that we look at,” Bob said. “One is the building envelope, and the second is the mechanical systems. These are the main things that we can control that would affect the rating of the home.”

For the award-winning home in Regina, insulation played a significant role in making it more energy-efficient, Bob added. This included insulating the garage, placing denser insulation in the walls, as well as installing rigid exterior insulation that would seal in all the joints of the home.

Beyond the building envelope, many mechanical components were built into the home to increase its energy efficiency. Some of these include a 96 per cent high-efficiency furnace, a high-efficiency fresh air exchanger, triple-pane argon-filled windows, low-flow toilets, showerheads, and faucets.

While the net-zero ready home built in Saskatoon didn’t take home an award, it marks a significant step forward in building homes to the building codes of the future, both for Pacesetter Homes Saskatchewan and Qualico. The homebuilder was the first Qualico business unit to construct one of these homes and will share the knowledge gained in this project.

Before constructing the home, the team received training from a Canadian Home Builders’ Association (CHBA) energy advisor. This provided the insights needed to determine the options and methods that would be used to construct a net-zero ready home.

The home has improved airtightness and energy-efficient mechanical systems, and industry-leading building practices were used to construct it.

Some examples of the features that were included are two types of exterior insulation, an air source heat pump for main cooling and heating, a tankless hot water heater, spray foam under the basement slab, triple-pane argon-filled windows, optional solar panel connectivity, increased space and insulation in the attic, and wall framing that allows for additional insulation. 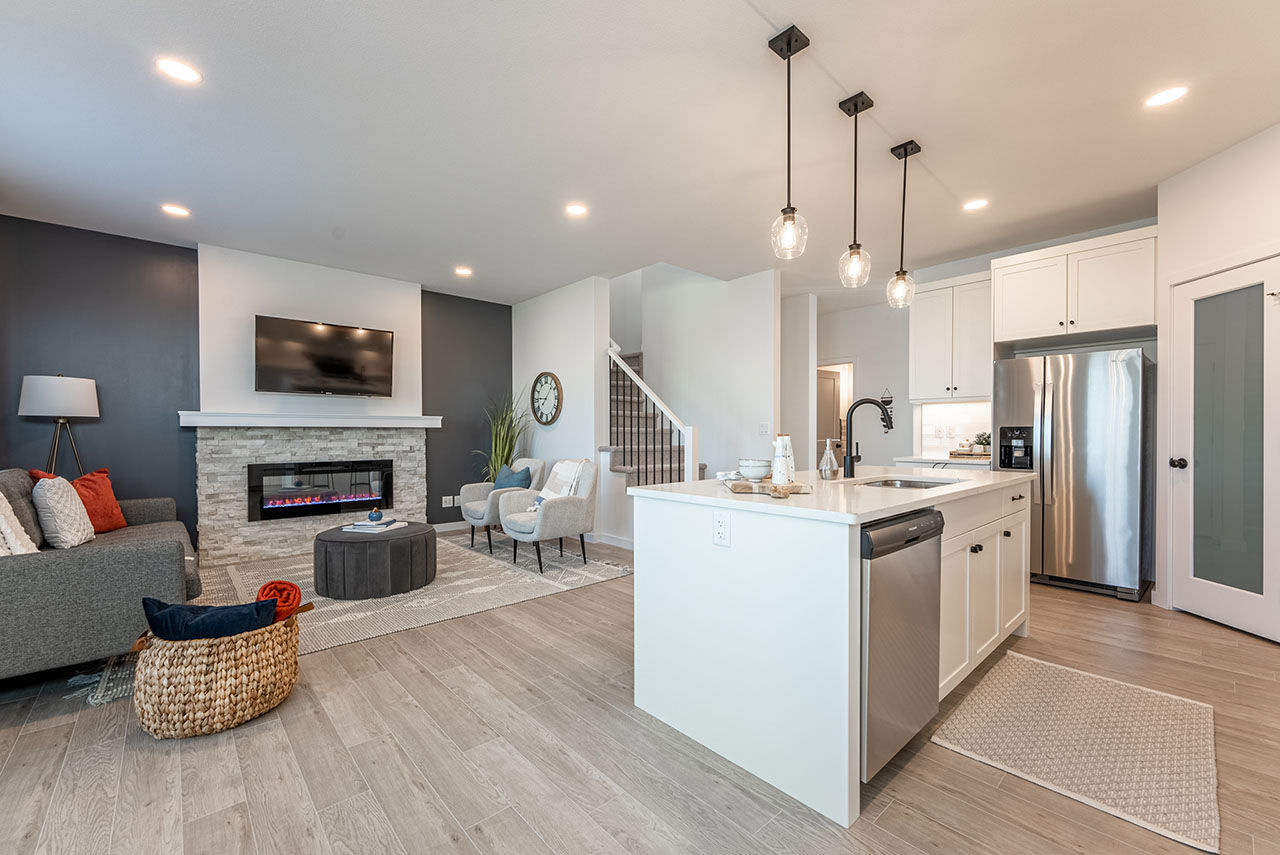 “Being a part of Qualico, we have the opportunity to add what we learned from previous net-zero builds, as well as from the experience of Qualico’s other homebuilders. That knowledge will make us better,” said Kim.

Pacesetter Home Saskatchewan is already planning to build more net-zero ready homes in the near future as they work towards Canada’s 2030 goal. This is also driven by energy efficiency as a growing consideration being weighed by homebuyers in the province, Kim said.

“The response has been fantastic,” said Kim. “Homebuyers are really interested in the technology and they are impressed with the knowledge the sales team can provide about the home.”