Dallas-Fort Worth, TX – The Qualico Communities Dallas-Fort Worth (DFW) business unit is now up and running and will be embarking on several projects in the region in the near future, some starting as early as this summer.

At the helm of the new team is John Vick, who joined Qualico in mid-January in the Vice-President, Qualico Communities DFW role, and who will soon be joined by a project manager in mid-April.

LaNelle Deardorf, Regional Vice-President, Qualico US, said she’s looking forward to seeing what John and the team he builds will be able to accomplish in the coming months and years.

“John is bringing on a project manager shortly because he has several projects already in the works,” she said. “It’s great news because it means he’s making things happen quickly. He has a wonderful background and has really hit the ground running, and we’re excited to have him on board.”

John brings a wealth of knowledge to the table, having worked in the industry for more than 35 years. He has worked in a variety of markets, including Dallas, Texas; Atlanta, Georgia; and the DC area. He holds an MBA and a real estate broker license, is a licensed professional engineer and has experience in both construction and real estate development. 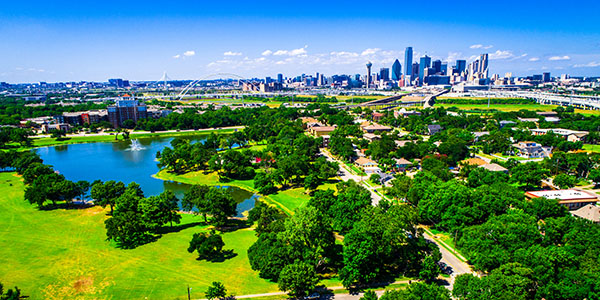 John said the opportunity to step into the role and help build the business was what attracted him to Qualico, along with the fact that Qualico is known for having many long-term employees, which he believes says a lot about the company’s culture. He shared that he’s excited about what the future holds for Qualico Communities DFW.

“The next six months here are about getting the Communities business started, building a team, and getting projects underway,” he said. “We have three projects under contract, one more in negotiation and another that we are evaluating. We expect to have our first project under construction this summer.”

That first project is the second phase of the Gideon Grove community in Rockwall, Texas, where Pacesetter Homes Dallas has already been building out the first phase. It’s a great example of how John has been picking up on some of the momentum started by Pacesetter Homes in the region, which is setting the stage for a strong collaborative partnership that involves shared goals.

One of the major benefits the Qualico Communities DFW team will be able to offer is assisting with Qualico’s lot supply in the region to improve timelines and efficiencies in terms of lot development. This will allow Pacesetter Homes Dallas to focus more on construction management as they, alongside other builders in the industry, face supply chain challenges.

This will be especially important within the context of the current DFW market, where there is stiff competition for land and homes in general. The area’s population continues to grow, with 6.3 million residents in 2020, up from about 5 million a decade before. And according to the United Nations World Population forecast, the population here is expected to grow to over 7 million by 2029.

“Based on the tremendous job growth in the DFW area over the last 10 years,” said John, “as an industry, we have been underbuilding to demand for many years. The multi-family industry has picked up some of the slack and some of it is reflected in the lack of inventory in the resale market. We are just now getting back to the building permit level we reached before the 2008/2009 recession hit.”

At the end of 2020, DFW had only 1.13 months of home supply in the resale market. This is due to factors like the availability of record-low interest rates, people moving here from other areas of the US, and companies moving to the area to take advantage of the region’s business-friendly tax environment. 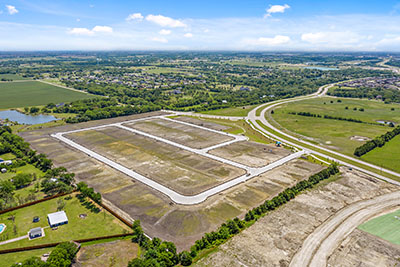 One high-demand area in the DFW market is what’s called the ‘Ex-Urbs’, which refers to the outer rings of the existing cities, beyond the suburbs. The COVID-19 pandemic is thought to be playing a role in this trend, as people want to move to less densely populated areas and may be working from home, so commute times are less of an issue than they once were.

While there has been encouraging growth in the annual housing starts arena to around 48,000 units (a 33 per cent increase from 2019), the limited availability of vacant developed lots may still prove challenging.

However, with Qualico Communities DFW now in place, Qualico will be in a great position to capitalize on the profitability of developing lots in the region, while also supplying lots to Pacesetter Homes Dallas-Fort Worth to help them meet their growth targets and further solidify what will be an important partnership moving forward.