Winnipeg, MB – Kevin Van, President & CEO, is pleased to announce David Eggerman has been appointed to the position of Regional Vice-President of Manitoba & Saskatchewan, effective March 1, 2020. 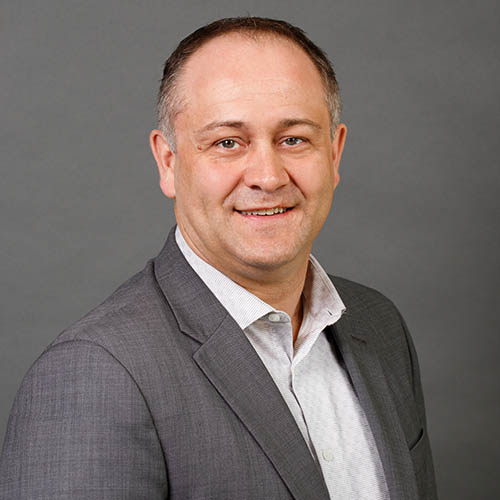 David began at Qualico as a regional controller in 2009, and in the years leading up to his appointment of Regional Vice-President, his role grew to be more involved with operations and the expansion of the company’s vertical integration. In his new role, David is responsible for Qualico operations in Winnipeg, Regina, and Saskatoon.

Throughout his career at Qualico, David has been key in Qualico’s strategic emergence into the Saskatchewan market, bringing a decade of experience providing financial expertise and leading expansion in the region. He has worked to expand the company’s vertical business model in the region and beyond, beginning with single-family and building materials supplies and service business units in Winnipeg, Regina and Saskatoon. David also took an active role leading the acquisition of Empire Drywall in Alberta, helping secure Qualico as one of the largest drywall applicators in Western Canada.

“David possesses a strong understanding of the region's finances along with an in-depth appreciation of the operations of our business units,” said Kevin. “In his previous role as Controller, David’s contributions showed both his interest and leadership in operational activities, including his involvement in the acquisition and guidance of The Floor Show and Gypsum Drywall Interiors (GDI). Qualico is lucky and proud to name David as the new Regional Vice-President, Manitoba & Saskatchewan.”

A University of Regina graduate with his Bachelors of Commerce, David holds a CPA designation as well and has over 20 years of experience in accounting and controlling best practices. After 11 years at a major wealth management company, David was drawn to the homebuilding industry because of his joy for building things and passion for seeing how undeveloped land evolves into a community that brings people together. He has also served as treasurer of the Manitoba Home Builders’ Association since 2016.

“We value Qualico’s reputation of doing the right thing, a value and long-term vision of our company that must take root in our employees,” said David. “The dedication of our employees, in taking every opportunity to learn from peers and apply their own creativity in their careers, allows us to overcome the ever-changing challenges in our industry.”