Calgary, AB – When people have a safe place to call home, they can focus on other areas of their lives and amazing things can happen. An initiative in Calgary aimed to make that a reality for 3,000 homeless and vulnerable people living in the city.

The RESOLVE campaign was a limited-time fundraiser that officially ended in 2018, which involved nine not-for-profit agencies raising money for affordable housing and hundreds of donors, including Qualico. As one of 11 homebuilders that contributed $1.4 million each to the RESOLVE campaign, Qualico chose to support the Calgary Homeless Foundation (CHF) and build Aurora on the Park, a 25-unit fully accessible property (with one unit used as an office space). 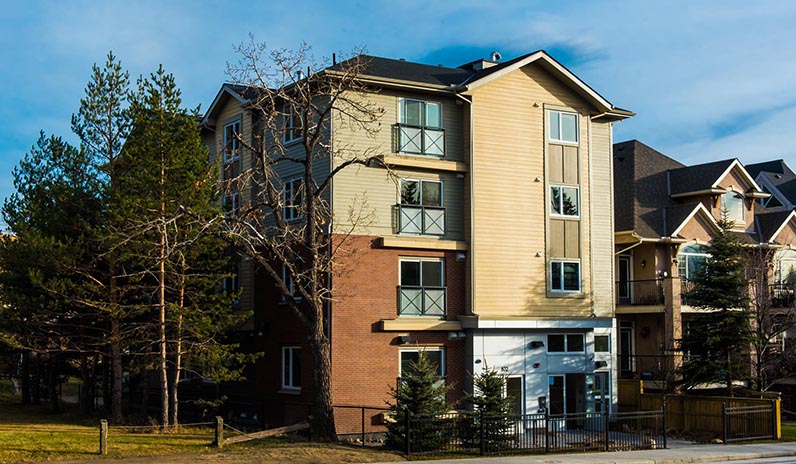 The building, managed by the not-for-profit Calgary Alpha House Society (CAHS), is home to individuals with limited mobility who have struggled with past substance abuse issues. The property was constructed by StreetSide Developments and opened in 2016.

Amy Hurst, Regional Communications Business Partner at Qualico, noted the positive effect that Qualico’s donation had on the Calgary community through the RESOLVE campaign.

“Our partnership has directly impacted 24 homeless Calgarians who now have a safe, affordable and accessible place to call home,” she said. “We were the only builder to construct a fully accessible building, which is greatly needed in the city. At the time of construction, approximately only 1 per cent of housing here was both accessible and affordable (affordable meaning the cost of housing is 30 per cent of one’s income or lower).” 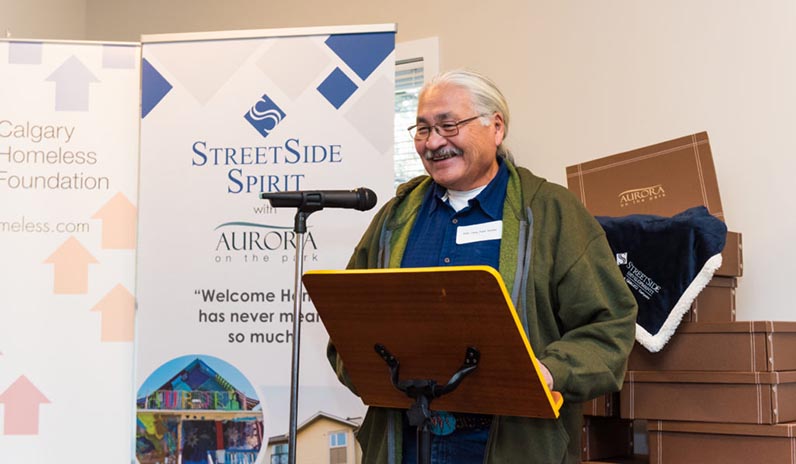 Through the partnership with the 10 other homebuilders in Calgary, Qualico was also able to help improve future buildings by sharing what went well with the Aurora on the Park build and what could have been improved. The participating homebuilders’ combined gift of $15.4 million will result in approximately 300 units of affordable housing once all buildings have been completed.

Diana Krecsy, President and CEO of the CHF, acknowledged the importance of seeing homelessness as a situation that anyone can help others to overcome.

“Some people believe that ending homelessness is an aspirational goal,” she said. “In other words, nice to dream about, but in a practical sense, not achievable. Achieving an end to homelessness takes people sharing a common goal and working together to achieve it. Qualico did just that. We have immense gratitude for StreetSide Developments, which made Aurora on the Park a reality. Aurora represents stability and a foundation upon which hope can grow – hope for individuals, family, and an entire community.”

Now that the RESOLVE campaign has officially ended, the donor relationships are being handled by the nine not-for-profit agencies that started the campaign. So, for example, Qualico contributed to RESOLVE partner, the CHF, which continually works with Qualico to ensure the company knows what is taking place at the building it built and funded.

CAHS not only operates Aurora on the Park, but also provides continued support for the tenants, and Kathy Christiansen, Executive Director at CAHS, said the impact the housing has had is significant.

“Aurora on the Park has offered 24 vulnerable Calgarians a safe and caring home for the past two years,” she said. “Through housing like this, we see individuals reconnect with family, become part of a community, and reclaim their potential. Thank you, Qualico, for being part of our mission and part of our clients’ journeys.”